A Michigan teacher asked students to create Islamic propaganda for a school project. Jenison High School officials are now under fire for promoting Islam and spreading misinformation. Jeannette Hall said her daughter Brianna completed the project. However, she is outraged about the unusual assignment.

Hall posted a copy of the assignment rubric, and a photo of her daughter’s project, via Facebook. The rubric begins with an introduction to the religion of Islam. According to the rubric, Islam is a religion of peace and unity, which promotes living “in peace with the creator… with other people, and with the environment.” 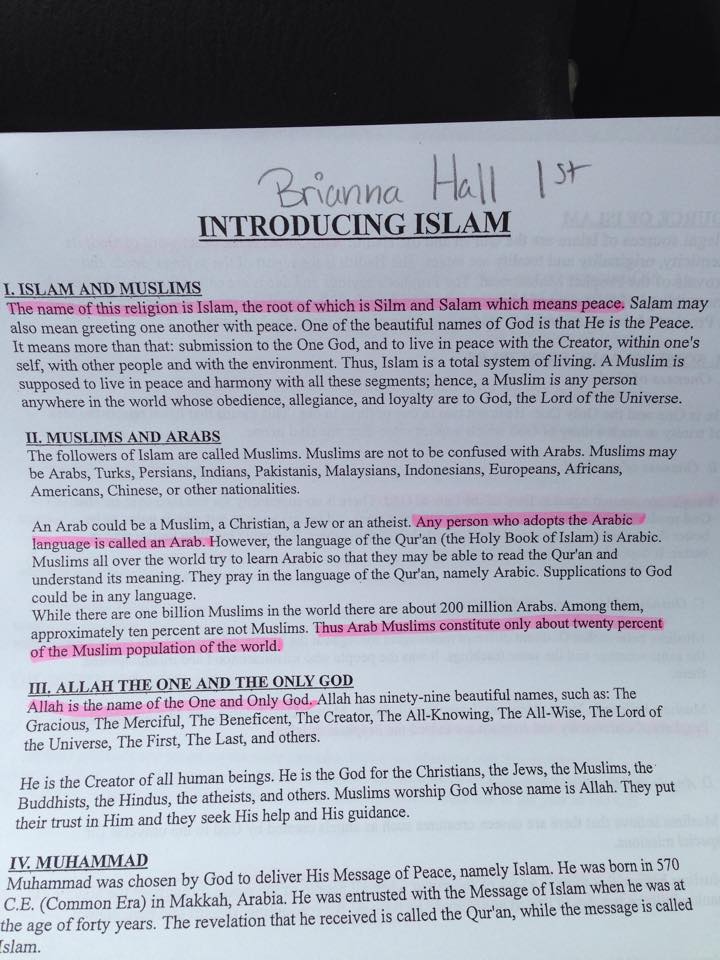 The rubric goes on to explain that the Muslim God, Allah, “is the god for the Christians, the Jews, the Muslims, the Buddhists, the Hindus, the Atheists, and others.”

According to Hall, the teacher instructed students to create Islamic propaganda — in the form of an informational pamphlet. As reported by Mad World News, the pamphlets were supposed to be “geared toward a third grade audience.”


As a Christian, Hall is specifically concerned that the project is “promoting Islam.” She is stunned that her daughter was asked to “promote another god” as part of a school assignment.

Jenison High School Principal Brandon Graham said Hall “misunderstood and misrepresented” the assignment. He further explained that the mother posted only a portion of the assignment rubric. 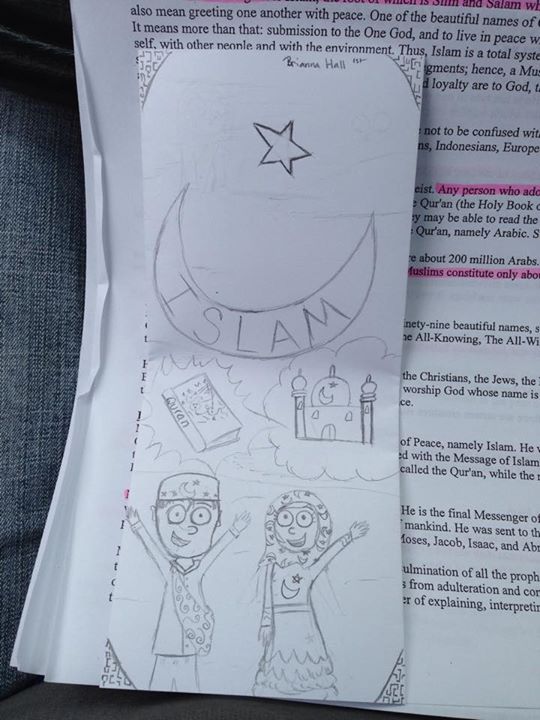 According the Graham, the assignment actually covered “the five major world religions,” including Buddhism, Christianity, Hinduism, Judaism, and Islam. The assignment was designed to give students an opportunity to “study all those religions to learn how a people, group, and culture function.”

Although the students were instructed to make pamphlets “targeted towards elementary students,” the teacher did not ask students to distribute the Islamic propaganda. Hall responded to Graham’s statement via Facebook.

“JPS is a wonderful school district and I don’t believe their intent is to promote Islam, however, I do not agree with the nature of the assignment given. Asking kids to make a pamphlet promoting Islam to third graders crosses the line.”

The mother also set up a meeting with Graham to discuss the World History assignment.

Despite the backlash, Graham said the project, including the Islamic propaganda pamphlet, will remain part of the class curriculum. However, as reported by Fox 17, language referring to a “third grade audience” will be removed from the rubric.