The CPRC report was released in response to an Everytown for Gun Safety study claiming only 14% of mass public shootings took place in gun-free zones. Everytown actually claimed 86% of such incidents occurred in places where guns were allowed. 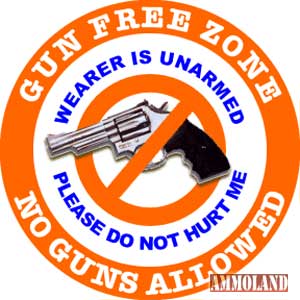 CPRC showed that the 86% claim rests on Everytown’s “inclusion of attacks in private homes” and “numerous errors in identifying whether citizens can defend themselves.” For example, Everytown “[ignores] rules that prevent general citizens from carrying guns [for self-defense]” in certain cities, and they fail to recognize that “allowing police to carry guns is not the same thing as letting civilians defend themselves.”

So Everytown might count an attack in a public area in Los Angeles as a mass shooting where guns are allowed because certain guns are allowed in the city with a permit. However, they miss the fact that L.A. County issues a minuscule number of concealed carry permits, and many of the ones that are issued are granted only “to wealthy [political] donors.”

Using the same numerical standard that Everytown used–four or more people killed–but taking all rules and regulations against firearm possession into account, CPRC showed that only 8% of mass public shootings occurred in places where citizens could have guns for self defense.

Next The Supreme Court, Not Supreme Wisdom