An Oklahoma woman is expressing her outrage over one of her neighbor’s choice in Halloween decoration – a graveyard featuring a Barack Obama tombstone. 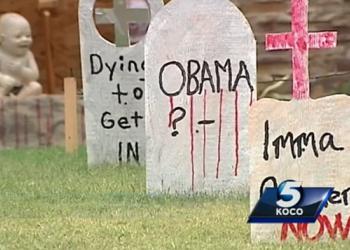 Jamilla Phillips of Edmond says she was shocked to see the Obama tombstone in her neighbor’s yard as part of his Halloween display. The tombstone features President Barack Obama’s name with a question mark where his date of birth should be.

“I was absolutely offended,” said Phillips, who is new to the neighborhood, to KOCO News. “He is the president of the United States and it actually is about respect. It’s a total respect thing because this person is still alive.” 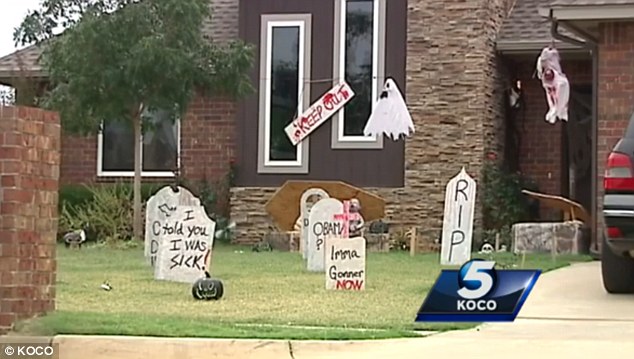 Dwayne Dockens, who made the tombstone, says it has been featured in his yard for the last three years and he has never gotten any complaints about it.
Keep reading @ Opposing Views

Next Catholic Church Embracing Homosexuality, Believing The Bible To Be Outdated