It’s disheartening to see the FBI used to promote a political agenda, but that’s what we got with the bureau’s release last month of a study claiming to show a sharp rise in mass shootings, a la Newtown, Conn. 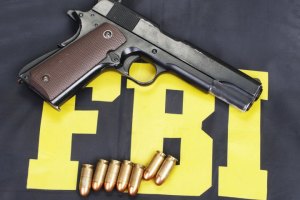 Too bad the study is remarkably shoddy — slicing the evidence to distort the results. In fact, mass public shootings have only risen ever so slightly over the last four decades.

While the FBI study discusses “mass shootings or killings,” its graphs were filled with cases that had nothing to do with mass killings. Of the 160 cases it counted, 32 involved a gun being fired without anyone being killed. Another 35 cases involved a single murder.

It’s hard to see how the FBI can count these incidents, which make up 42 percent of its 160 cases, as “mass killings.” They plainly don’t fit the FBI’s old definition, which required four or more murders, nor even its new one of at least three murders.


Previous MADE POSSIBLE BY OBAMA: ISIS Invasion Forces Over 175,000 To Flee In Iraq

Next CDC HEAD: 'More Healthcare Workers May Have Ebola'