After decades of warnings on the right about liberal politicians threatening religious liberty, a Democratic mayor in Texas is now subpoenaing pastors to turn over their sermons. 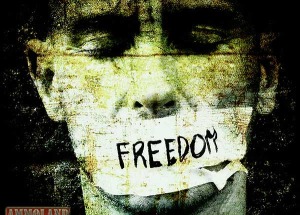 or criticized the city.”

The Houston City Council passed the “Bathroom Bill” in June and in July citizens of the city responded by collecting three times the number of signatures needed for a referendum to have the measure repealed. The Houston Chronicle reported that citizens gathered over 50,000 signatures for the referendum, where only 17,269 were needed to put it on the ballot.

Alliance Defending Freedom (ADF)–a law firm for religious liberty–says the City Secretary then certified the petition, “but the Mayor and City Attorney defied the law and rejected the certification.”

As a result of the rejection, “initiative supporters filed a lawsuit”–Woodfill v. Parker–and the city responded by subpoenaing “a number of area pastors, demanding to see what they preach from the pulpit and to examine their communications with their church members and others concerning concerning the city council’s actions.”

A chilling subpoena issued to Steve Riggle specifically lists his sermons as items required by law for him to turn over.

In response, ADF filed a motion to stop the “discovery requests” contained within the subpoenas. They describe the requests as “overbroad, unduly burdensome, harassing, and vexatious.”

The brief accompanying the motion states:

These requests, if allowed, will have a chilling effect on future citizens who might consider circulating referendum petitions because they are dissatisfied with ordinances passed by the City Council. Not only will the Nonparty Pastors be harmed if these discovery requests are allowed, but the people will suffer as well. The referendum process will become toxic and the People will be deprived of an important check on city government.

Houston Mayor Annise Parker (D), one of the first openly gay mayors in the U.S., married Kathy Hubbard in California in January.