Last week, it was reported that city officials in Ferguson, Missouri, were preparing for riots and demonstrations should the grand jury fail to indict Police Officer Darren Wilson. 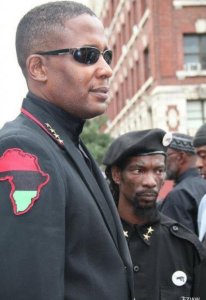 Now comes an interview with Black Panther Malik Zulu Shabazz on Fox News radio who called for a “black rebellion” if there is no indictment.

He called for a rebellion against the “wicked world order” and said blacks “have as much right to rebel against American society as America did against the British.”

“The white media has not been fair to black people or black leaders,” he said, going on to claim the police was “murdering us.”

He claimed he is not calling for violence, but said he would not condemn it. “The authority of the white man and white America is illegitimate – you have been killing us for 400 years.”

Shabazz has been stirring the pot in Ferguson since Michael Brown was shot and killed this summer.