On October 15 2014 CNN ran a segment on Newsroom in which they claimed Americans are ignorant on Ebola because of the National Rifle Association.

CNN joined a long line of mainstream voices–MSBNC and the Los Angeles Times among them–who have blamed the NRA for the Ebola crisis. 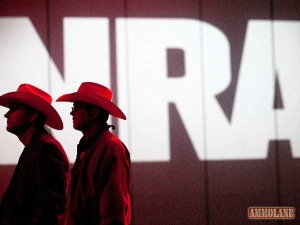 In fact, a guest on the October 15 CNN Newsroom segment was Michael Hiltzik, the LA Times columnist who named the NRA as the “fourth branch of government” and claimed that their opposition to surgeon general nominee Dr. Vivek Murthy brought us to this point in the Ebola crisis.


In February [2013] the NRA dug up a number of statements [Murthy] had made…expressing the viewpoint that gun control was a public health issue. [The NRA] found that unacceptable, they wrote letters to Senator Harry Reid (D-NV) and Senator Mitch McConnell (D-KY), and they said Dr. Murthy is not acceptable to them, and that basically quashed his nomination.

Because of this, Hiltzik and CNN claim there is no “point man” to educate Americans on Ebola or stop the spread of the disease.

The Hill’s A.B. Stoddard was also on the segment and brought a refreshing perspective when she showed that the U.S. does in fact have an expert whose job is to handle Eboloa response/preparedness, yet having the expert is not working out so well for us.

Stoddard said: “Her name is Dr. Nicole Lurie, she is the Assistant Secretary for Preparedness and Response for Public Health Emergencies, and she is nowhere to be found.”

Next Are Black People Carrying Guns Public Enemy No. 1?