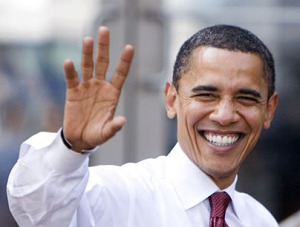 President’s claim that chances of a US breakout are slim runs counter to air-travel based research, which showed them to be very high.
By Mark Langfan, Arutz Sheva, via Israel National News
Barack Obama in Jerusalem

A US government-funded September 2, 2014 scientific quantitative transmission analysis study  (the Spread-Risk Ebola Study) wholly contradicts and refutes Obama’s statements on September 16 that the chances of a US Ebola breakout are “extremely low,” Arutz Sheva has discovered.

The study also contradicts the anti-travel ban claims made by the US, UN, WHO and CDC.


Another US government-funded scientific study, published on September 29, 2014, (the Travel-Risk Ebola Study ) was funded by a grant from theUS Department of Homeland Security (DHS), and the Fogarty International Center, National Institutes of Health (NIH), also further contradicts and refutes the WHO/UN/CDC anti-travel ban stance, and explicitly traces the likelihood of the transmission of the Ebola virus from Ebola hot spots to other travel-based connected areas.

Both studies have extremely illustrative graphics that most adequately explain what they concluded.

September 2, 2014, the DTRA and MIDAS co-funded Spread-Risk Ebola Study was published. Based on current air travel between the US and West Africa, it predicted 25% “probability of Ebola virus disease case importation” into the United States in between 3 and 6 weeks’s time. The date from which the probability of disease importation was 25% was named as September 22, 2014.

September 16, Obama remarked at the US Center for Disease Control (CDC): “First and foremost, I want the American people to know that our experts, here at the CDC and across our government, agree that the chances of an Ebola outbreak here in the United States are extremely low.”

September 20, two days before the target date by which the Spread-Risk Ebola Study predicted a 25% chance that Ebola will be imported into the United States, Thomas Eric Duncan, who was infected with Ebola, landed in Dallas airport from Liberia. Duncan was to die on October 8.

September 28, Duncan was admitted to the hospital.

September 29, the US DHS-NIH-funded Travel-Risk Ebola Study concluded a high correlation between the mobility of population between locations and the transmission of Ebola.

October 12, 15 days after Duncan was first admitted to the hospital in which he died, the nurse who cared for Duncan became the first person to contract Ebola within the United States. She became infected “despite wearing protective gear.” Ebola is supposed to have an incubation period of 2-21 days.

October 13, Thomas Frieden, Director of the US Center for Disease Control (CDC), stated in the aftermath of the Ebola transmission to the nurse that “it is possible other people could have been infected as well.” And he added, “we have to ‘rethink’ the way we address Ebola infection control, because even a single infection is unacceptable.”

The DTRA-NIH Spread-Risk Ebola Study was published on September 2, 2014. This means its results were internally distributed to the US agencies that funded it well before its “publish” date.

The Spread-Risk Ebola Study first did a baseline Ebola transmission analysis based on current airplane trafficpatterns:

Based on those patterns, the researchers concluded that based on current airline traffic there was a 25% chance Ebola would be imported into the United States by September 22:

The Spread-Risk Ebola Study also did a specific additional analysis of an 80% airline traffic reduction scenario that showed “a considerable reduction of the probability of case importation” and delayed the 25% probability of importation by a full month.

The authors did not perform a 100% airline reduction analysis that would have likely shown a greater, even more dramatic delay in the importation of Ebola into the United States.

The Spread-Risk Ebola study does reference a possible, but un-quantified, effect that travel restrictions “may” have in hampering “the deployment of personnel and support in the region, ultimately creating a counter productive effect in the [West African] containment effort.”

But shockingly, the Spread-Risk Ebola Study explicitly admitted that, “[h]owever, in the [DTRA-NIH co-funded] modeling we do not consider the possibility of cluster importation due to household members traveling together or because of direct transmission in the plane.”

In other words, hundreds of plane-passengers on one plane could be infected because they were sitting next to the Ebola-infected person, and/or went to the bathroom and sat on a toilet in the plane were the Ebola virus is passed through the urine of an Ebola-infected person. And yet, the US-funded study failed to factor in the “cluster” of cases that could very likely occur “because of direct transmission in the plane.”

Another fatal assumption to the Spread-Risk Ebola study was that it explicitly based its statistical analysis on a previously reported elongated and erroneous “average incubation period [of Ebola] of 1–2 weeks,”  when WHO recently reported the incubation period of Ebola to be “2 to 21 days.”

This difference could dramatically affect the statistical analysis in a negative direction, since Ebola-infected person can only infect other people after the incubation period. Hence, a variation from “7 days” to “2 days” before the Ebola-infected person becomes “infective” in terms of transmission calculations is an enormous statistical difference.

The DHS-NIH Travel-Risk Ebola Study, published on September 29, directly tied “mobility” between infected and uninfected areas with the risk of transmission of Ebola between those areas. The authors innovatively used cell-phones locaters or Call-Detail-Records (“CDR”) to correlate the mobility of the populations with the likelihood of the transmission of Ebola.

No slides found, please add at least one Slide Template to the choosen Template Slider.

The Travel-Risk Ebola Study concluded a shocking and startling finding:

“The benefits of CDRs [call-detail-records] in the context of the current Ebola outbreak are clear. The rapid spread of the virus within Guinea, Sierra Leone and Liberia, and to Nigeria and Senegal, has been driven by local and regional travel. Epidemiological models of the spatial spread of Ebola, both retrospectively and for the purposes of prediction, rely on estimates of the volumes and flows of traffic between populations. This allows modelers to assess the likely routes of infected individuals between populations, with imported cases sparking new outbreaks or augmenting local transmission.”

Since DTRA, DHS, MIDAS, and NIH all co-funded both the Spread-Risk Ebola Study and Travel-Risk Ebola Study, then it is clear that as of September 2, the agencies knew of the importance and urgency of an immediate imposition of a travel-ban from West Africa. But, President Obama, the United States, the World Health Organization (WHO), and the United Nations (UN), have, nevertheless, adamantly maintained an “anti-travel-ban” position.