Sources in the Syrian Free Army, a group of defected Syrian Armed Forces soldiers fighting to overthrow the government of President Bashar Al-Assad, say that revolutionaries carried out an operation against the Islamic State, also referred to as ISIS or ISIL.

About a dozen ISIS fighters at Deir al-Zour were killed in their camp after their meals were poisoned. 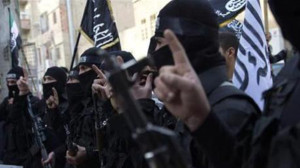 Sources confirmed that cooks, collaborating with the Syrian Free Army, poisoned the lunches that were served later that day. The cooks fled with their families to a safe area outside Deir al-Zour with the help of the revolutionaries.

The operation took place in the Fath El-Sahel camp, which has nearly 1,200 fighters. Witnesses said that about 15 members of the ISIS organization were transferred to nearby field hospitals.

Next [WATCH] Police Use Excessive Force to Detain Man, Then Break Phone For Recording An Arrest