Liberal commentators and Democrats are blaming gun rights supporters for the spread of Ebola…? Seriously.

Republicans blocked Vivek Murthy’s nomination for Surgeon General due to his extreme anti-gun views. If there were a surgeon general in place, he would be helping to stop the spread of Ebola. Therefore, gun owners and conservatives are to blame for Ebola. 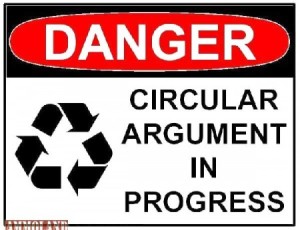 This line of “thinking” has been repeated ad nauseam throughout the liberal media over the past few weeks. First, MSNBC reporter Krystal Ball wrote: “Thanks to NRA power and Senate cowardice, we are left with no surgeon general during a time when we have Ebola arriving on our shores.”

Then, socialist filmmaker Michael Moore tweeted “did u know we don’t have a perm Surgeon General during this crisis? Obama nom Dr Vivek Murthy 1 yr ago but the NRA & Republics have blocked him”.

But this whole argument has more than a few “inconsistencies.”

Republicans opposed Murthy’s nominations for many reasons beyond his opposition to gun rights. At 36, Murthy has very limited medical experience. He is best known for founding a public relations group called “Doctors for Obama” (now “Doctors for America” www.drsforamerica.org ), which exists mostly to advocate for Obamacare.

Also, Democrats as well as Republicans killed Murthy’s nomination – eight to ten Democrats said they planned to vote against him.

Finally, there is almost nothing Murthy could actually do about Ebola. The Surgeon General is mostly a figurehead with only a few real responsibilities. The interim Surgeon General who is currently in place has been virtually invisible during the crisis.

The real reason that liberals are blaming gun owners for Ebola is that they are trying to distract from President Obama’s many failures in his handling of the epidemic. Instead of doing something actually productive – like closing off flights from affected countries in Africa – Democrats are using the threat of Ebola to play politics.

Bluegrass Bruce is a hunter, political blogger, and UK basketball fan from Kentucky. His opinions on gun rights and politics are posted on “Bluegrass Bruce” and shared on websites and blogs across the United States. Visit: www.bluegrassbruce.blogspot.com