You know how it’s a very bad idea to joke about bombs when you’re in an airport? Well, one Ohio man is learning the hard way what happens when you make a joke about Ebola when everyone’s panicked about it.

Emanuel Smith was at the Horseshoe Casino last week and reportedly told a table dealer that he was gambling to avoid his ex-wife, who had recently been to West Africa and is sick. 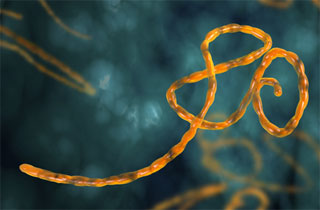 As it happens, neither of those things are true and Smith got in some serious trouble. He was arrested hours after making the joke, and is being charged with “entering a place of amusement to cause a disturbance.”

And apparently, a prosecutor complained that Smith’s joke cost them man-power trying to debunk what he said. The defense attorney explained Smith side; that “people were having a general discussion about the current situation” and “he made a comment regarding his former wife who had traveled to Africa sometime in the past and that he tries to stay away from her.”