A new mailer being circulated in Georgia by the state’s Democratic Party is drawing criticism for linking the shooting of a black teenager in Ferguson, Mo., to the upcoming elections.

The mailer, which uses images of black children holding signs that say, “Don’t shoot,” reads: “If you want to prevent another Ferguson in their future … Vote.”

That message isn’t sitting well with some who say Democrats in the state have gone too far.

“It’s extremely insulting and deceptive,” Leo Smith, state director of minority engagement for the Georgia GOP, told FoxNews.com Wednesday. “What the Democratic Party of Georgia has done is almost unfathomable.”

Smith says playing the race card for political gain in a state like Georgia that’s seen its share of racial tensions is not only patronizing but dangerous.

“They are treating black constituents as though we are uneducated. It’s emotional abuse,” Smith said. 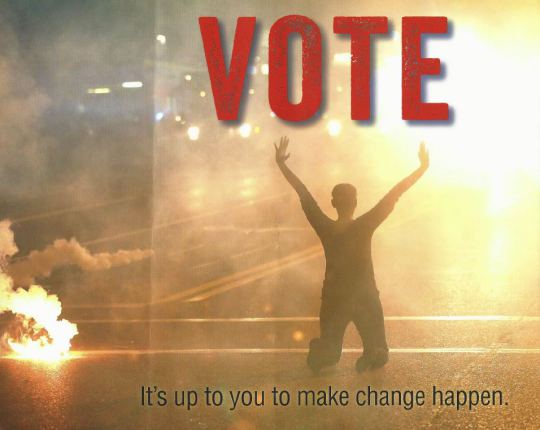 Next Very funny ISIS parody by the Kurds. “We are ISIS.We milk the goat, even if it is male.” LOL!