While the question of whether Democrats or Republicans will be in control of the Senate is the midterm elections question that’s received the most attention, ballots across the country have high-stakes initiatives that could have ramification reaching beyond individual states.

Legalized marijuana, minimum wage increases, personhood for the unborn, Second Amendment issues, hunting, prison reform, taxes and health care are all on the ballot in different parts of the country. 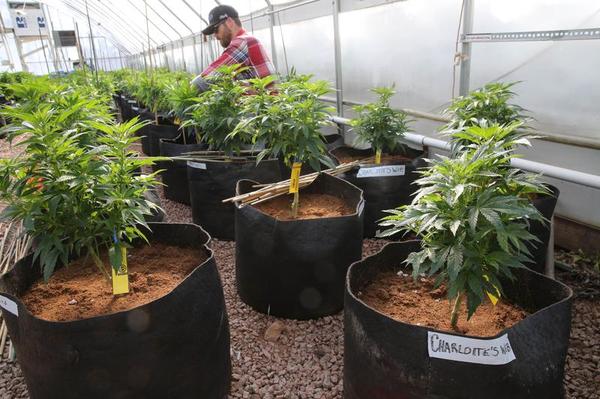 A worker cultivates a special strain of medical marijuana inside a greenhouse in a remote spot in the mountains west of Colorado Springs, Colo. (AP Photo/Brennan Linsley, File)

“I trust the people more than the politicians,” organization spokesman Pete Sepp told TheBlaze. “They say ballot measures are too risky because we are leaving it to amateurs. Well the professionals haven’t done a very good job. Plus, a ballot measure can’t go into office and break a political promise.”

The minimum wage and marijuana legalization could bode well for Democratic turnout, while gun issues and tax cuts might turn out Republican voters. Abortion could invoke passions on both sides — or it might not make a any difference, said Geoffrey Skelley of the University of Virginia’s Center for Politics.

“In all likelihood, none of these referenda will dramatically alter the shape of the electorate, so unless a race is extremely tight, it’s tough to see them changing outcomes,” Skelley told TheBlaze. “Granted, if a contest such as the Alaska Senate race is being decided by a razor-thin margin, having minimum wage and marijuana questions on the ballot could prove to be a difference maker for Mark Begich’s re-election chances against Dan Sullivan.”

Skelly pointed to 11 states that voted in 2004 to block gay marriage, which some pundits credited for President George W. Bush’s re-election, a theory later research cast doubt on

“The most I can really say is that it’s possible that turnout in states with referenda may be slightly higher than the typical midterm turnout in those states, simply because each referendum provides another reason for some marginal voters to turn out,” Skelley said.

Here are eight trends that are showing up on ballot initiatives across the United States.

Alaska, Florida, Oregon and Washington, D.C., could either legalize or lift restrictions on marijuana. Washington state has a ballot measure to impose an excise tax on marijuana after voters there legalized recreational use in 2012.

Alaskans will decide on a proposal to “tax and regulate the production, sale, and use of marijuana.” It would be legal only for people 21 and older.

The Washington, D.C., ballot initiative would make it legal to possess 2 ounces of marijuana for personal use, grow no more than six cannabis plants, and “transfer” — but not sell — up to 1 ounce of marijuana.

Oregon voters will decide whether to allow possession, manufacture and sale of marijuana in the state.

Florida is taking a more modest approach, and is considering only medical use if a licensed Florida physician signs off.

Three states – Colorado, North Dakota and Tennessee – will have abortion on the ballot, and could potentially set up a legal battle that might force the Supreme Court to take another look at Roe v. Wade.

The Colorado ballot language reads: “the words ‘person’ and ‘child’ in the Colorado Criminal Code and Colorado Wrongful Death Act must include unborn human beings.”

The North Dakota proposal is to “provide that the inalienable right to life of every human being at any stage of development must be recognized and protected.”

The Tennessee initiative does not go as far as the other two, stating rather that “nothing in Constitution of Tennessee secures or protects right to abortion or requires the funding of an abortion” and that the state lawmakers can “enact, amend or repeal statutes regarding abortion.”

President Barack Obama has been pushing to raise the federal minimum wage to $10.10 per hour, but has failed to get it through Congress. On Election Day, voters in five states will consider a hike, though none of the proposals are as high as Obama’s desired amount.

Two Washington state cities have surpassed Obama’s desired level with $15 per hour for certain employees, and the results have not been good, Sepp of the National Taxpayers Union said.

“Minimum wage hikes go against economic common sense,” Sepp said.   “The data is already in from the Seattle-Tacoma minimum wage increase from 2012. The signs were predictable. Employers are hiring less or cutting basic benefits.”

Initiative 594, backed by gun control groups, would strengthen background checks on gun purchasers to include gun shows and online sales.

On the other hand, Initiative 591, backed by pro-gun groups, would prohibit background checks by the state unless they conform to federal background check laws. Initiative 591 would also explicitly prohibit “confiscation,” which advocates say is essentially what has occurred in New York and Connecticut where gun registries were established. 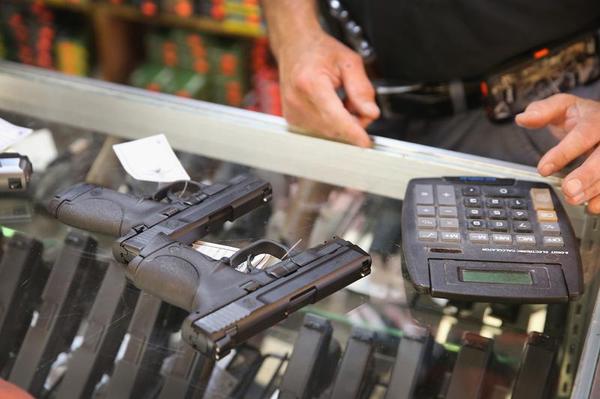 The National Rifle Association is remaining neutral on 591 in order to focus on defeating 594.

“Initiative 594 would mean millions of law abiding gun owners in Washington state would be turned into criminals,” NRA spokeswoman Catherine Mortensen told TheBlaze. “It would not make Washington state any safer. It would just mean more bureaucratic pile on.”

The NRA is also backing “right to hunt, fish and harvest wildlife” amendments in Alabama and Mississippi.

Alabama state Rep. Mark Tuggle, a Republican, pushed the ballot measure through the legislature, saying he wanted to enshrine the right to hunt and ensure that hunting is the primary means of thinning the herd of animals, not alternative methods of population control such as poison or sterilization.

Advocates for the Mississippi amendment say they are responding to a national movement among animal rights advocates to restrict hunting.

Already 17 states have the right to hunt in their state constitutions, according to the National Conference of State Legislatures.

Voters in Maine will decide whether to ban the hunting of bears. The NRA is also opposing this ban, Mortensen said, contending the advocates are only using emotional arguments.

“Sound animal and wildlife management should allow the hunting of bears,” Mortensen said.

In South Dakota, voters will decide on an initiative that seeks to ensure patients have their choice of doctor – a pushback against a chief concern about Obamacare. Under the proposal, doctors that agree to the conditions of the insurance plans, such as payments, could not be restricted from joining the insurer’s network. Patients pay less for in-network providers than for those outside the network of an insurance plan. The state’s medical association and hospitals reportedly favor the initiative, while insurance companies oppose it.

California voters will decide if there should be required drug and alcohol testing for doctors. The measure would also require doctors to report other doctors whom they suspect of being under the influence of drugs or alcohol. The ballot measure further adjusts with inflation the state’s current $250,000 cap on pain and suffering awards resulting from medical malpractice suits.

Arizonans will decide on a ballot measure to allow terminally ill patients to have access to drugs that have not yet been approved for use by the U.S. Food and Drug Administration, or dugs known as “investigational drugs.” Under the proposal, these medicines will have completed the first phase of clinical trials.

California voters could roll back the prison sentences for nonviolent felony convictions. The initiative would change from a felony to a misdemeanor: petty theft, receiving stolen property and forging or writing bad checks for $950 or less. The initiative, if approved, would also require decreased sentences for certain drug possession offenses.

In New Jersey, the state’s constitution could be amended to allow a court to order someone be detained in jail without the right to post bail.

In five states, voters will be deciding on tax policy.

Tennessee doesn’t have an income tax, but the debate on implementing one comes up in the legislature often enough. So voters are considering amending the state constitution to permanently ban such a policy from every being enacted.

Georgia voters have the opportunity to freeze state income taxes. The initiative would prohibit the legislature from hiking the tax and require a popular vote to determine if people are willing to pay more.

On the opposite spectrum, Illinois voters will decide on a “millionaires tax,” which would impose an additional 3 percent tax on those earning more than $1 million. The ballot language says the revenue would go to schools, but Sepp is skeptical.

Voters in Nevada will decide whether to impose an extra 2 percent tax on businesses with revenues of more than $1 million. Sepp said a similar tax in Texas passed in 2008 and fell far short of the projected revenue estimates.

In Massachusetts, sometimes ridiculed as “taxachachusetts,” a citizen-initiated referendum would eliminate the automatic increase in the state’s gasoline tax, which is currently tied to inflation. Instead, the state legislature would have to actively raise the tax.

“It would be an important gain for the taxpayers in the state,” Sepp said. “It would take the gas tax off autopilot and introduce more accountability into the system for the legislature who would have to raise the tax rather than relying on the economy.”