White House press secretary Josh Earnest said President Barack Obama may get some credit or blame regarding Democratic fortunes on Nov. 4, but stressed that in the end, the Democratic senators and candidates are responsible for their own campaigns. 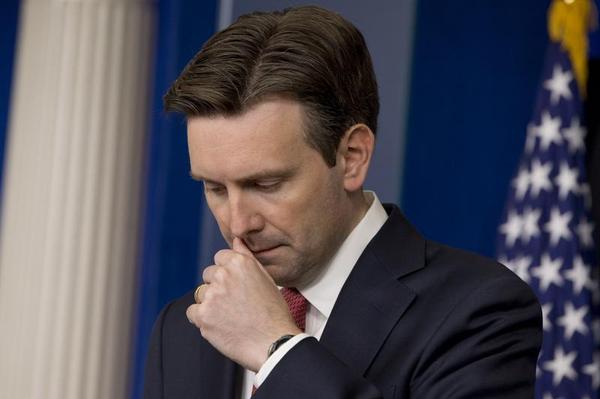 Earnest spent much of the press briefing Tuesday walking a fine line of not tying endangered Democrats too closely to Obama, while not distancing too much.

The Washington Post has given Republicans a 95 percent chance of winning a majority in the Senate, while most other election models favor the GOP by a more modest margin. Still Earnest said Obama and the White House is “not really” making any plans for dealing with a Republican-controlled Senate because the president is confident Democrats will maintain control.

Only when pressed further if he was then blaming the Democratic incumbents and challengers for a potential bad election night did Earnest concede there would be blame and credit to go around.

“Ultimately campaigns have to make their own decisions about how they can best benefit from the president’s leadership, whether that is benefiting from money he is raising to support the committees that support their campaigns or whether that is benefiting from technology or other organizational techniques that benefited the president two years ago that benefit Democrat this time,” Earnest said.

Next When Asked ‘Yes or No’ Obama Question, Dem Senate Candidate Provides an Answer That Leaves Audience Laughing