An investigation into 24-year-old former Catholic High School teacher, Megan Mahoney, continues after she was arrested for allegedly having sex on many occasions with a teen student.

According to SI Live, Mahoney, a former Staten Island, NY gym teacher and basketball coach, is now facing 30 counts of statutory rape “for alleged sexual trysts” with a young victim. At the time, according to reports, Mahoney was teaching at Moore Catholic High School, she resigned earlier this year. 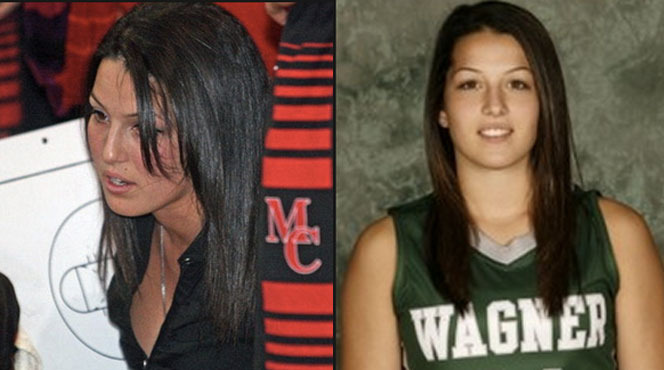 When the sexual contact took place, authorities said the victim was only 16.

The alleged incidents, according to SI Live, began on Oct. 31 of last year and stretched until Jan. 9. Along with the 30 counts, Mahoney is also charged with four counts of a criminal sexual act in the third degree for oral sex and one count of endangering the welfare of a child.


UPI said Mahoney was busted after the couple was spotted by the victim’s ex-girlfriend at a local pizza place. Reportedly the ex called police.

Mahoney does have an attorney and she was in court Monday after her arrest. She is expected to be back before a judge on Dec. 2.


Previous Coverups, Secrets, Media Deceit... What is the truth behind Obamas Saudi Connections?