After several days of leaks from the investigation into the shooting of Michael Brown, the Justice Department condemned the seepage of information as an attempt to influence the pending Grand Jury case against Officer Darren Wilson.

Calling the leaks “irresponsible and highly troubling,” the Department said that “there seems to be an inappropriate effort to 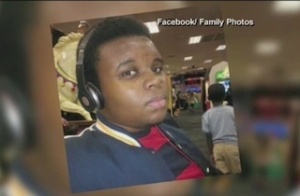 influence public opinion about this case.”

Brown’s autopsy, which reportedly confirms Officer Darren Wilson’s account of the struggle, was obtained by the St. Louis Dispatch yesterday, while the Washington Post reported that seven African American witnesses confirmed Wilson’s side of the story, but were afraid to speak publicly.

The Justice Department is conducting a separate investigation into whether Wilson committed civil rights violations, though early indications suggest that the investigation thus far did not support the charges.

Next Coverups, Secrets, Media Deceit... What is the truth behind Obamas Saudi Connections?