Mark Steyn told Glenn Beck on Thursday that he is looking for something specific in the upcoming midterm and presidential elections.

“I would like a real choice, and I would like someone who is willing to move the meter,” said Steyn, whose new book, “The Undocumented Mark Steyn: Don’t Say You Weren’t Warned,” was released this week. “At the end of my book I write about a couple of contemporary figures and a far more remote one. I write about Reagan, Thatcher and William Wilberforce, who was an obscure backbencher who got slavery abolished.” 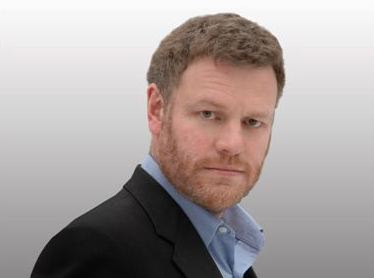 Steyn said those who fought to abolish slavery “didn’t take a focus group” and move to where popular opinion was.

Beck and Steyn spoke about how the Republicans and Democrats both seem to be heading in the same direction, spending money we don’t have and growing the size of government. Democrats just do it faster, they said.

“When the choice is between people who want to go off the cliff full-throttle and somebody else who says, ‘No, let’s go off the cliff in third gear,’ that doesn’t make any difference to how you land when you’re at the bottom. You’re still dead,” Steyn remarked. “I would like a real choice.”

“No,” Steyn said. “I have a great fear that the smart guys in Washington would say, ‘He’s way too crazy! We don’t want the money going to him.’”

The two also discussed the terrorist attack at Canada’s National War Memorial on Wednesday, and Beck asked Steyn, a Canadian, how he believes Canadians will respond.

“We’re at a fork for Canada right now,” Beck said. “They could go the Patriot Act way and beat their chest and start to, you know, go unfortunately some of the ways that we went. Or they could just sober up, wake up, get rid of political correctness and actually start dealing with the issues. Which way do they go?”

“I hope they don’t go the Patriot Act way,” Steyn said. “I love America but I’m tired of the big national security state, which is why capital city-wise I preferred in recent years to wander around Ottawa rather than Washington, D.C., where, to get into an obscure office of the department of paperwork, you have to go through 45 minutes of background checks and show your Social Security number.”

“We have a kind of 40-car motorcade culture, where we seal off our ruling class from the people they rule,” Steyn continued. “We have absurd regulations like… the consistency of pumpkin pie you take home for Auntie Mabel at Thanksgiving. If it’s like dry and tasteless like the Nevada desert, you can take it on the plane. But if it’s moist and succulent, it counts as a liquid. And a jihadist could weaponize your pumpkin pie.”