Al Qaeda spent less than $1 million on its signature 9/11 attack, but Islamic State has found an even more cost-effective way to strike on American soil – inspiring psychotic sympathizers to commit “lone wolf” attacks that blur the line between random crime and terrorism, say experts. 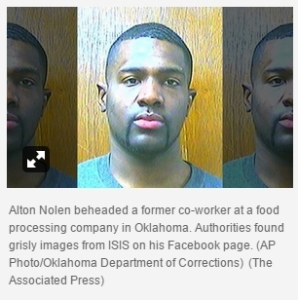 Grisly photos and video of severed heads and mutilated bodies tweeted out and posted on the Internet, combined with explicit calls to kill, have allowed Islamic State to turn American citizens into weapons, say experts. The new technique requires no infiltration by sleeper cells and no planning, coordination or logistics. Yet, it is proving extremely effective at spreading fear, they say.

“If you can kill a disbelieving American or European, especially the spiteful and filthy French, or an Australian, or a Canadian, or any other disbeliever, then rely upon Allah and kill him in any manner or way however it may be,” urged a speaker on a video Islamic State released last month. 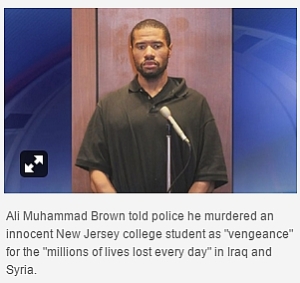 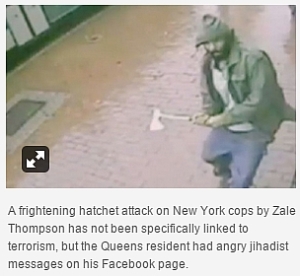 “You could literally search for soldiers, find their town, photos of them, look for address in Yellowbook or something,” a tweet attributed to Islamic State read. “Then show up and slaughter them.”

Next BREAKING TREY GOWDY BRILLIANCE: "WHY IN THE HELL DID THE PRESIDENT PICK A LAWYER TO BE THE EBOLA CZAR AND NOT YOU?!"