In a month that has seen the leak of her son’s official autopsy report and a grand jury that may have more leaks than a sieve, Lesley McSpadden, mother of Michael Brown has had a lot to deal with. Some locals have even wanted to use Michael Brown as a write-in candidate for County Executive in the upcoming November election, but McSpadden could not be more adamantly against 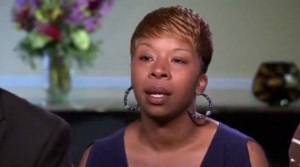 it. McSpadden and others in Brown’s family have formed the Michael O.D. Brown We Love Our Sons & Daughters Foundation, a function of which will keep the unauthorized use of her son’s name and likeness from continuing.

At one point, a car pulled up and McSpadden got out, along with other unidentified people.  A witness described McSpadden yelling, “You can’t sell this ****!” According to the police report, one of the relatives who was doing just that demanded that McSpadden present a patent on the merchandise. 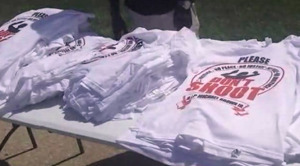 At that point, according to police, one of the unidentified people accompanying McSpadden assaulted Petty with a weapon that was later identified as a pole or metal pipe. Police were called, and Petty was taken to a nearby hospital, where he was treated after being struck in the face. According to witnesses, that suspect then grabbed at least some of the merchanside. They also reportedly grabbed the cash box, which contained about $1,400.

So far, there have been no arrests.


Previous OCTOBER 24th -- 10 facts about EbOla you need to know