A mother was arrested after locking her 4-year-old son in his room for 12 days, only sliding food under the door because she was “too busy having sex.” 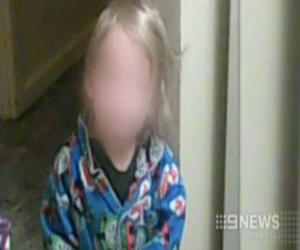 The boy weighed 8.3 kilograms (18.29lbs), and authorities say he was about two days away from dying when he was found at the family home in Adelaide.

The 24-year-old mother says she was too busy with her boyfriend to take care the child.
“I’ve messed up, I’ve done the wrong thing. I know I shouldn’t have thought about my man before my son,” the Australian woman told 9news.com.au. “I didn’t associate with my child like I should have, instead I was too busy having sex with (her partner).”

While the unidentified boy starved in a small room, the mother was cooking food for herself and her significant other, which she photographed and posted on Facebook.

The home was also filled with dirty diapers, trash and even the boy’s own waste.

Police only learned of the unsuitable living conditions because the mother called them after her boyfriend assaulted her, the court was told.

Doctors say the boy was 10 percent dehydrated and was two days away from reaching a critical level of 15 percent.

Since being removed from his parents a year ago, the boy has had a significant number of decayed teeth removed and has limited language skills.

He cannot tolerate doors being closed and cannot control his emotions, sometimes punching himself in the head or running into walls.