President Barack Obama revealed an activity he particularly enjoys doing while on the campaign trail in Maine Thursday.

“[I] do like campaigning,” said Obama, speaking at a rally for Democratic gubernatorial candidate Mike Michaud. “It’s fun.” 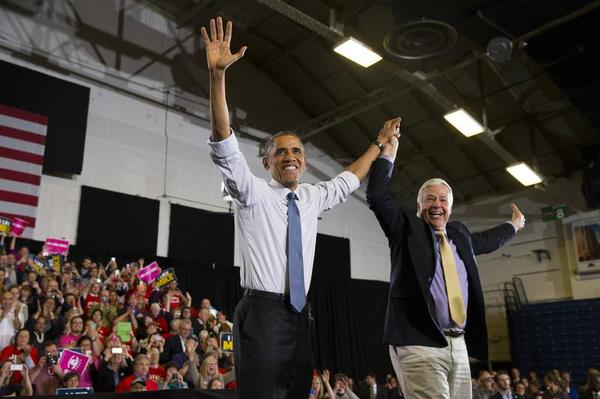 “And I know as I reflect back on the thing that I love so much about campaigning is that it reminds me about the American people. Because you get to meet everybody, of all walks of life,” the president added, noting he enjoys meeting young moms, business owners and military veterans.

Next BREAKING: Explosions, Fire at Radio France in Paris