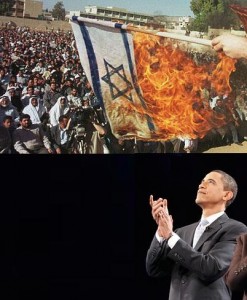 As an American it is a nightmare to watch our president support Jew-hating terrorists, while simultaneously condemning Israel for defending itself and remaining completely silent as officials in his White House label Israel’s prime minister “chickenshit,” his silence on the matter proving that he agrees with it. While Iran continues building nukes to destroy Israel, a promise they have made repeatedly, we do nothing. Iran is also developing ICBMs, which they don’t need for Israel. Guess who those are for.

Americans sit in their living rooms watching this horror unfold without saying a word. Our inexcusably contemptuous treatment of the only stable democracy in the region, as well as our staunchest ally, makes me ashamed to be an American.

WAKE UP, AMERICA!!!! This is just one more reason you should be marching on Washington with pitchforks and torches. If you don’t your children are going to pay a dear price!

Next Ebola becomes a big issue in this Senate race