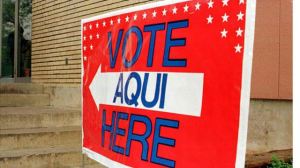 I wrote about elections (in two previous articles). But there are several things I did not know. Now, it looks like 14 percent of illegal immigrants may have voted.. wait for it…illegally. We have millions of illegal boarder jumpers in the US. The Obama justice department has worked hard to allow illegals to vote without consequence. Yes, their vote matters in close elections. Let me remind you that Senator Al Franken won Minnesota by 214 votes. President George Bush won Florida by 538 votes. Unfortunately, both are well within the margin of fraud.

Sloppy elections are not confined to Florida or Minnesota. A Maryland/Virginia voter integrity group sued the state of Maryland over illegal voters. The voter integrity group compared how thousands of residents said they were citizens when they voted, and then said they were not citizens when they were asked to enter a courthouse and sit for jury duty. The group also found 40 thousand voters who registered in both Virginia and Maryland. Let me remind you that the last Virginia governor’s race was decided by 56 thousand votes. The Virginia Attorney General’s race was won by less than a thousand votes. Now we know voter identification laws matter after all!


Far from it. We see government agencies set up voter fraud. State and federal governments pay La Raza (the Race) millions of dollars a year. Now La Raza has forwarded information guiding its members where they can vote with impunity. This is the harvest of voters that US Attorney General Eric Holder has so carefully cultivated with his federal lawsuits against states with voter ID. Holder refused to prosecute individuals who were known to have voted six or more times in an election. How many times will you and I vote?

Election fraud is a well honed campaign skill in Chicago and Holder probably learned it there. What is unusual is that more cases of voter fraud are being caught. Now people with cell phones record how Chicago voting machines are rigged to ignore their vote. As The Russian dictator Joseph Stalin said, “The people who cast the votes decide nothing. The people who count the votes decide everything.”

There is hope. As Hugh Hewitt said, “If the election results are not close, they can’t cheat.” Please vote so we know what the American people really want.