The Obama administration is defending an action by former President George W. Bush in a Supreme Court case that could have significant ramifications on executive power and also touches on the sensitive matter of U.S. foreign policy and the status of Jerusalem. 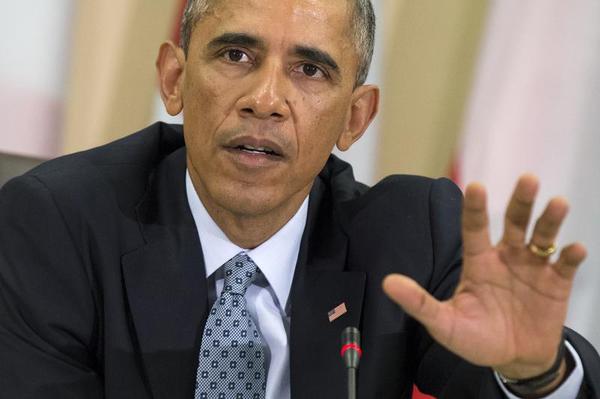 Zivotofsky vs. Kerry involves a boy who was born in Jerusalem to American parents and centers around whether presidents can issue “signing statements” at a bill signing to assert they won’t abide by a particular provision in a law.

Congress in 2002 passed the Foreign Relations Authorization Act, which included a provision giving U.S. parents of children born in Jerusalem the right to have the child’s place of birth recorded on their passports as Israel. Bush signed the bill, but issued a signing statement saying he would not enforce the passport provision because it “impermissibly interferes with the president’s constitutional authority to conduct the nation’s foreign affairs and to supervise the unitary executive branch.”

In October of that year, American parents of newborn Menachem Zivotofsky, born in Jerusalem, asked the U.S. consulate to list Israel as his birthplace. The State Department refused because of the policy of neutrality toward the status of Jerusalem, which Palestinians also claim as their capital.


For the family, “there’s a strong emotional sense of identification with Israel, and they would like that to be recognized on their son’s passport,” said Alyza Lewin, a Washington lawyer who is representing the parents, the Tribune News Service reported.

Obama administration attorneys argue that the president must have control of sensitive foreign policy matters.

“The president has exclusive authority to recognize foreign governments … as well as their territorial limits,” the government argued in its brief to the Supreme Court. The brief said that Congress cannot “override the executive branch’s decades-long policy of neutrality with respect to the sovereignty over Jerusalem.”

Presidents before Bush issued signing statements, but some critics, including then-Sen. Barack Obama, denounced Bush for executive overreach and picking and choosing which parts of a law to enforce.


Previous What Your Facebook Page Reveals About the Issues You Care About: Cool Maps Have the Answers

Next Lena Dunham, Liberal Feminist and Perverted Pig, 'LOL' About Raping Her Sister As A Child