A Gallup poll released in the days leading up to the November midterm elections not only shows that support for gun control has fallen by 15 percent since 2000, but support for the repeal of current gun control laws has risen by 9 percent.

In other words, it’s not a situation where Americans simply do not support more gun control. Rather, it’s one in which they increasingly support wiping gun control laws off the books. 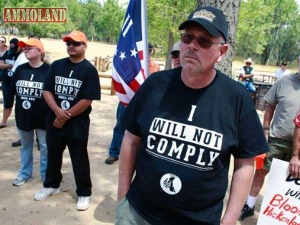 According to Gallup, 62 percent of Americans supported more gun control in 2000. That figures has fallen to 47 percent on the eve of the 2014 midterm elections. Over the same time period, support for repealing gun control has risen from five percent in 2000 to 14 percent in 2014.

A third contingent in the poll — people who believe we have enough gun laws already — has also risen. This group went from 31 percent in 2000 to 38 percent now.

The Gallup poll also showed that American support for private handgun ownership skyrocketed between 1959 and this point in 2014. For example, in 1959, 36 percent of Americans opposed a ban on the ownership of handguns. That percentage has jumped 41 points, sitting at 73 percent now.

Americans love their handguns and increasingly support the repeal of gun control.

If you have questions or comments, email him at [email protected] You can find him on Facebook at www.facebook.com/awr.hawkins.