Authorities were contacted by a number of horrified people who saw the picture of the 14-month-old boy hanging from a hook, clearly crying and uncomfortable, in their Facebook feeds. The hunt for the origin of the photo, thought to be taken between September 1 and September 10, led them to the toddler’s mother, 18-year-old Alexis Breeden of Spotsylvania. 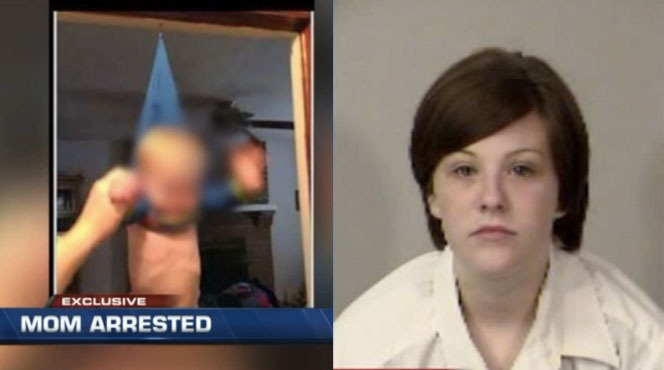 “We had it assigned to a criminal investigation detective through the child victim unit. When she responded, she did an investigation and found that it wasn’t a nail, it was actually a planter hook that the child was hanging from. But the child was absolutely fine,” Sgt. James Konicki with the Spotsylvania County Sheriff’s Office said. “The baby’s father and mother had an argument and in retaliation the father posted this on Facebook to get the mother in trouble.”

According to CBS6, Breeden had her own take on the photo, and didn’t hesitate to share them on her Facebook page:

“The cops came to my house twice last night and saw that he was fine. They think this was immature and dumb of me but he saw I was playing and no one needs to know everything going on because some of you aren’t parents and no one knows the full story. Mind your own f******business.”


Previous Scott McMillan, 3, Hanged By Feet and Beaten to Death For Not Eating Breakfast

Next Texas Toddler Taken From Parents Who Smoked Pot, Killed While In Foster Care