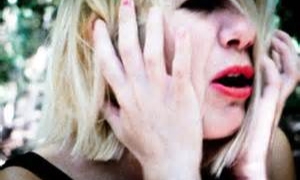 Islamic supremacy is the convoluted mindset that all non-Muslims are refuse deserving of torture, rape and various other forms of violent subjugation. It is the core tenet of a barbaric ideology that propounds the dangerous and feckless notion that if your not Muslim–you’re not human.

And it is this very mindset that has led to the disquieting epidemic that currently grips Europe. Of course I’m referring to the Muslim “rape gangs” that have battered and raped thousands of young white girls throughout the UK and Europe.

(Islamic supremacy dictates that white women, in particular–are “bigger whores” and “dirtier sluts” than most other non-Muslim females.)


In a recent report issued by British authorities–at least 13, 000 adolescent white girls had been sexually assaulted in the city of Manchester by rape gangs over the past 6 years. And if you include the number of assaults committed in Rotherham and Rochdale–the total chillingly approaches 20,000.

While European leaders label even the slightest critique of Islam as “racist”–Muslim men (with near impunity) purposely target white women for rape and torture. Not only are the rates of conviction low for these scumbags–but those who attempt to expose, and or stop, this nefarious practice become causalities of political correctness.

In 2013–98% of all sexual assaults in Denmark were committed by Muslim men. These Islamo-thugs have such a ravenous appetite for blondes that Danish women reportedly started dying their hair black in an attempt to avoid being raped.

Of course–these sorts of attacks aren’t limited to the UK and Denmark. In fact, they are occurring from Italy to France to Norway at an alarming rate.

Welcome to the new world order.