A procedural decision in a landmark Second Amendment case could spell the end for California laws restricting the issuance of permits to carry concealed handguns.

The decision by the 9th U.S. Circuit Court of Appeals would bar other law enforcement officials, including state Attorney General Kamala Harris, from gaining “intervener status” to join in further challenges of its ruling in a case originally brought by an independent journalist who sued the San Diego County Sheriff’s Department over its policy of requiring a specific reason for being allowed to carry a concealed weapon in public. 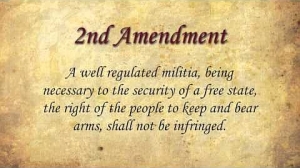 San Diego County Sheriff Bill Gore has said he will not fight the ruling, meaning there is no one with standing left to challenge the decision made in February.

“Since becoming Sheriff, I have always maintained that it is the legislature’s responsibility to make the laws, and the judiciary’s responsibility to interpret them and their constitutionality,” Gore wrote in a letter to the county board of supervisors earlier this year, in which he said the court’s decision gave him clarity on the issuance of licenses. “Law enforcement’s role is to uphold and enforce the law.”

Edward Peruta sued Gore’s department over its policy of requiring a specific reason for being allowed to carry a concealed weapon in public, restrictions other counties around the state also had in place.

In its bombshell ruling earlier this year, the 9th Circuit found those policies to be unconstitutional and held that law-abiding citizens have a right to bear arms under the Constitution’s Second Amendment and could not be required to justify their reasons for carrying concealed weapons.