Just one day before Veteran’s Day, a woman from Tucson says she was ordered to remove the United States Marine Corps flag she had displayed on her apartment balcony – or be evicted.

Rachel Montalvo, who is in the Marine division of the ROTC at the University of Arizona, says she placed the flag on her terrace in August and that she has never heard a word about it from the property managers at Campus Crossing at Star Pass — until now. She says she was shocked to receive a letter from the management company notifying her that she has 10 days to remove the flag or move out, reports Tucson News Now. 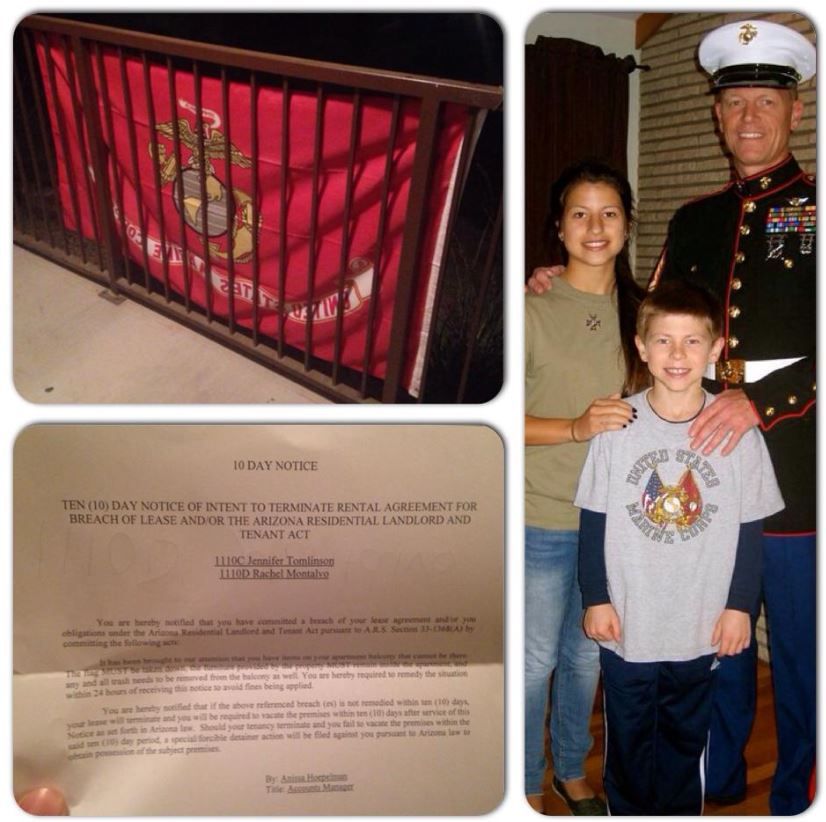 “I wish they would have come to me first instead of putting this notice on my door, or at least given me a little bit less of a harsh warning,” Montalvo said.

The student says the flag belonged to her father, who was in the Marine Corps for 20 years and retired in 1999. She plans to join the Marines when she graduates and says the flag is a significant symbol for her.


“We want to fly the flag, it’s what we support, it’s what we’re working towards and that’s our goals and aspirations,” she said.