In 2004, when Andrea Constand filed a lawsuit against Bill Cosby for sexual assault, her lawyers asked Barbara Bowman to testify. Cosby had drugged and raped her, too, she told them. The lawyers said she could testify anonymously as a Jane Doe, but she ardently rejected that idea. Her name is not Jane Doe, it’s Barbara Bowman, and she wanted to tell herstory in court. In the end, she didn’t have the opportunity to do that, because Cosby settled the suit for an undisclosed amount of money.

Only after a man, Hannibal Buress, called Bill Cosby a rapist in a comedy act last month did the public outcry begin in earnest. The original video of Buress’s performance went viral. This week, Twitter turned against him, too, with a meme that emblazoned rape scenarios across pictures of his face. 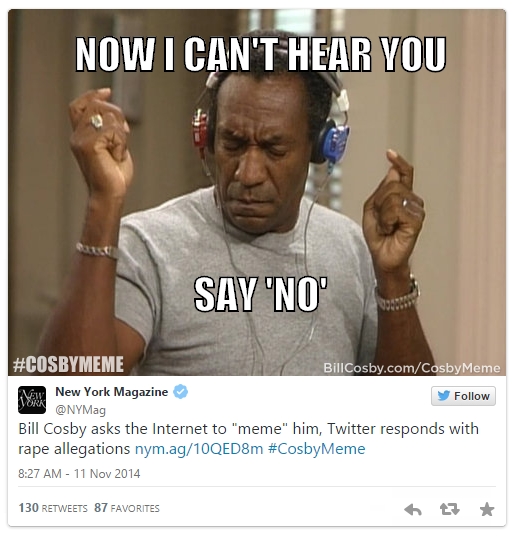 Fixing this problem demands more than public shaming. For Cosby to commit these assaults against multiple victims over several years, there had to be a network of willfully blind wallflowers at best, or people willing to aid him in committing these sexual crimes at worst.

There should be no time limits on reporting these crimes, and one of my goals is to call for legislation to that end. Famous and wealthy perpetrators use their power to shame and silence their victims. It often takes years for young women to overcome those feeling and gain the confidence to come forward (by which point physical evidence is long gone). Our legal system shouldn’t silence them a second time.


Previous Son of U.S. Senator Jeff Flake (R-AZ) Indicted In The Deaths of Dozens of Dogs

Next Woman Uses Facebook to Lure Another Woman Into Meeting, Then Murders Her and Kidnaps Baby