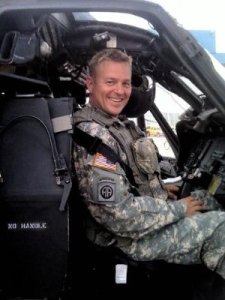 From Rowan Scarborough, The Washington Times

The Army is moving to discharge a decorated combat pilot who intervened to stop two lesbian officers from showing what he considered inappropriate affection on the dance floor during a full-dress formal ball at Fort Drum, New York, in 2012.

Lt. Col. Christopher Downey, who was once assigned to the White House and completed tours in the Iraq and Afghanistan wars, ended up being convicted administratively of assaulting a soldier trying to videotape the kissing and grabbing. Col. Downey’s attorney, Richard Thompson, says his client merely pushed down the camera to prevent photos and video that could end up on social media.

Mr. Thompson said Col. Downey’s commanding officer also convicted him of violating the directive that ended the ban on gays openly serving in the military.


Col. Downey won early battle with the Army last year. A special three-officer “show cause” board reviewed the punishment and unanimously ruled that the evidence showed he did not violate Army rules.

“The allegation of conduct unbecoming an officer … is not supported by the preponderance of the evidence,” the board wrote. “The findings do not warrant separation.”

Yet Col. Downey still faces separation by an Army forced-retirement board that began meeting this week.

On the night of April 14, 2012, seven months after President Obama lifted the ban on acknowledged gays in the military, Col. Downey moved to the dance floor to caution the two lesbian officers, a second lieutenant and a captain.

A warrant officer had approached Col. Downey and complained that their prolonged French kissing, buttocks grabbing and disrobing of Army jackets violated Army rules against inappropriate displays of public affection while in uniform on base, his attorney said.

He said the captain, who since has left the Army, complained that she and her girlfriend, whom she later married and then divorced, were victims of discrimination.

“Lt. Col. Downey gave his all to the Army and to the country he loves, yet the Army he so loyally served threw him under the bus merely to avoid negative press from the homosexual community,” Mr. Thompson said.

Mr. Thompson, who heads the Thomas More Law Center in Ann Arbor, Michigan, announced Thursday that he had filed suit against the Army in U.S. District Court.

The lawsuit accuses the Army of violating Col. Downey’s constitutional rights by preventing him from adequately defending himself and asks a federal judge to overturn the convictions. It also seeks Col. Downey’s reinstatement to the promotion list and to the roster for attending the Army War College.

An Army spokesman at the Pentagon said it is long-standing policy not to comment on pending litigation.

As it stands, Col. Downey, who is stationed at the Pentagon, is sure to be discharged by a forced-retirement meeting this week.

Amid a major downsizing of troops driven by budget cuts, the Army is culling its officer corps. Col. Downey has two career-ending reprimands in his file issued by Maj. Gen. Mark A. Milley, at the time commander of the 10th Mountain Division and Fort Drum.

The April 2012 ball was supposed to be a joyous time for the soldiers of an aviation task force commanded by Col. Downey. His soldiers had just returned from a combat tour in Afghanistan’s violent Kunar province. In dress uniforms, soldiers collectively were celebrating a number of unit citations.

His records show that Col. Downey has led an exceptional 24-year career. Once an enlisted soldier, he served as a presidential airlift coordinator for the White House from 2008 to 2010. He has logged more than 1,000 combat flight hours and earned three Bronze Stars and seven Air Medals, one with a “V” device for valor.

According to the citation for that award, while flying a Kiowa Warrior scout/attack helicopter on May 25, 2011, Col. Downey showed “complete disregard for his own safety while initiating multiple engagements against an enemy with superior fields of fire over friendly forces. His actions were decisive in saving the lives of soldiers on the ground.”

According to Mr. Thompson and his client’s complaint, this is how events unfolded:

At one point in the evening, attention shifted to the lesbian officers on the dance floor.

With the repeal of the military ban on open gays, local Army bases issued several edicts and the Pentagon warned military personnel that rules still applied against excessive public displays of affection on bases. They tasked commanders to enforce those rules.

When an officer complained to Col. Downey, he moved onto the dance floor to caution the two women.

“Col. Downey asked the female officers to alter their behavior and the situation was resolved,” the lawsuit says.

As he approached the two officers, he pushed away the camera, which apparently hit the soldier’s nose. The solider did not file a complaint.

“Astonishingly, the soldier who Lt. Col. Downey was alleged to have assaulted later stated that he was not the victim of an assault, and that he knew Lt. Col. Downey never intended to harm him,” Mr. Thompson said.

The lawsuit states: “He simply sought to lower the camera and used no more than the slight movement necessary to accomplish this legitimate and lawful objective.”

But the female captain filed a complaint against the command sergeant major, who, after Col. Downey left the dance floor, confronted the two lesbians. She claimed the sergeant major pushed her; he denied the charge and later chose to retire.

The captain also went on social media to proclaim that she had been the victim of a hate crime by the sergeant major.

“I was just shoved across the dance floor by my command sergeant major for being gay,” she wrote, according to the lawsuit.

The officer appointed to investigate the captain’s complaint heard about the camera incident. He was advised by his legal counsel to investigate Col. Downey for assault.

The investigator’s report to Gen. Milley said he could not determine whether heterosexual conduct on the dance floor violated the rules, but he determined that the lesbians did not exceed appropriate shows of affection.

The warrant officer who alerted Col. Downey told the investigator: “They were kissing each other for long periods of time. I began watching what was happening on the dance floor now, along with several other people in my immediate vicinity. A scene developed with a large number of people taking pictures with their phones and personal cameras. … In my opinion, it was beginning to resemble a scene from a spring break party.”

An enlisted solider said: “We were noticing how these two officers were dancing together, kissing and pretty much taking each other’s Class A’s jackets off while dancing. At first — it was pretty shocking, yes, because you’re not supposed to see that kind of behavior in uniform, especially from two officers.”

A female staff sergeant said: “I mean, they were, like, full-blown, like, making out, grabbing each other on the butt, stuff like that. I didn’t see any other couple to the extent that they were at.”

The hearing before Gen. Milley turned out to be a kangaroo court, according to the Thomas More Law Center, the nonprofit public interest firm handling Col. Downey’s case.

Col. Downey had been told it would be a “conversation” with the commander, and his military attorney stayed outside the room.

Instead, Gen. Milley turned the meeting into a five-hour hearing, and Col. Downey was peppered with questions without the benefit of an attorney.

“During the hearing, General Milley became angry that his investigation was being questioned and informed Downey he was keeping track of the number of times Downey criticized his investigation,” the More Law Center said.

After his punishment, an Army board was impaneled in 2013 in Washington to determine whether Col. Downey should be retained. The board voted unanimously to retain him, saying his punishment was not supported by the evidence, the More Law Center said.


Previous Sikh Student Suing U.S. Military For Not Allowing Him To Wear His Turban