Nowadays the free agent is spending more time in a suit and tie instead of pads and a helmet, but some things just don’t change.

Reporting from Gainesville, Florida on Saturday with the SEC network, Tebow was caught leading a prayer with his co-hosts while they were supposedly off-air. Christian singer Tanner Clark snapped a picture of the private moment and shared it on Facebook. 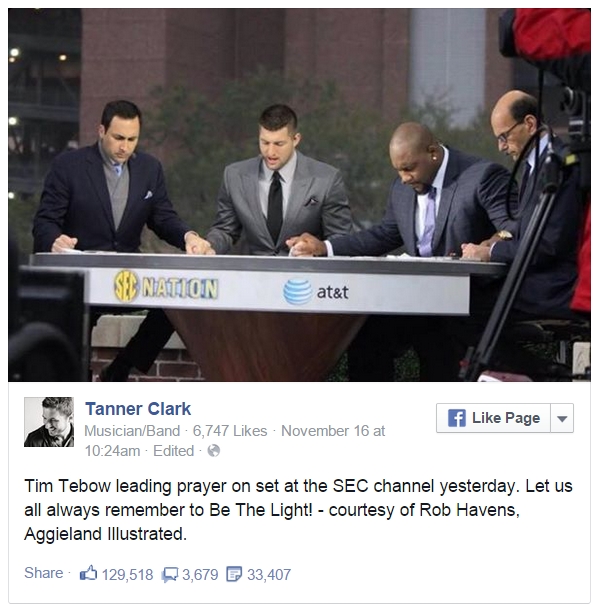 Judging by the amount of support this single image has received, it appears as though the majority of America appreciates his unapologetic stance on expressing his faith, whether on or off camera.

Previous This Truck Decal Is Causing Anger, Should It Be Banned?