A homemade sign proclaiming “AIDS, Ebola, Obama – Thanks Africa” caused a commotion in the town of Minden, Nebraska this week after a local man drew the ire of area residents when he erected it on his own property.

The roadside sign was first spotted in the town of barely 3,000 on Monday this week, and it quickly created a stir on the internet as it was shared on the web first by Nebraskans, then soon the rest of the world. 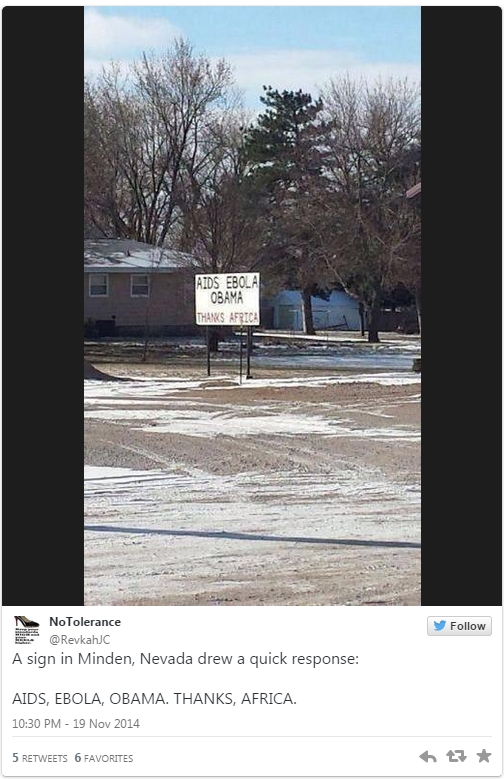 “I wish it would go away, but it hit the social media,” Minden Mayor-elect Ted Griess told nearby Lincoln, NE’s Journal Star newspaper. “It was being transferred all the way across this nation from one Facebook account to the next,” he added to an area NBC affiliate.

“There was a lot of reaction once people actually noticed it. There were several people, like car after car that came by, doing laps around to look at it and take pictures,” Minden resident Chris Nielsen told KLKN.