Another sad battle by the agents of political correctness in their war on childhood was waged last Friday, when 10-year-old Milford, Mass., fifth-grader Nickolas Taylor was suspended for two days following an incident in the Stacy Middle School cafeteria. The offense? Armed only with his index finger and a vivid imagination, Nickolas reportedly cut in front of two classmates in the lunch line while firing an imaginary “ray gun” and making corresponding ray gun sound effects. 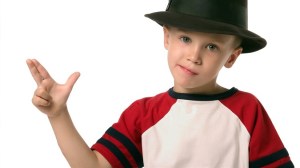 According to a report in the Milford Daily News, the two pupils who claimed Nickolas cut in line informed a school official of the behavior.  When the matter was brought to the attention of Assistant Principal Noah Collins, the administrator deemed Nickolas’ actions a threat and issued the suspension.

Thankfully, it appears reasonable adults have now taken over the situation.  According to the Milford Daily News, during a Milford School Committee meeting School Committee Chairman Scott Harrison stated, “Quite frankly, I have zero tolerance for zero tolerance policies.”  Harrison added, “We need to make sure we’re not treating situations as black and white when there are shades of gray.”  Milford Superintendent Robert Tremblay also suggested that “[r]emoving a child from school may be in effect positively reinforcing a negative behavior.”

In any event, the Taylor family has decided to make other plans for Nickolas’s education.  Nickolas’s father Brian told the Daily News that he has submitted the paperwork to pull Nickolas out of Stacy Middle School in order to home school him.

While some forward-thinking local school officials have shown an interest in fixing policies with absurd consequences, NRA is working to change state laws to make sure incidents like these don’t occur in the first place.  In Florida NRA helped enact the “Right to be Kids” act, which states that “[s]imulating a firearm or weapon while playing or wearing clothing … that depict[s] a firearm or weapon or express[es] an opinion regarding a right guaranteed by the Second  Amendment  … is not grounds for  disciplinary action or referral [for prosecution].”

Regrettably, overreaction to normal childhood behavior has become common in our nation’s public schools.  With millions of students at the mercy of nonsensical zero-tolerance policies that unreasonably punish harmless behavior, and the sometimes thoughtless school administrators who enforce them, state legislatures may be school kids’ best hope for graduating with their records and reputations intact.

Next [WATCH] Teen Claims He Was Fired For Needing Brain Surgery