The holiday season is filled with family festivities, which can wear on the patience you have with your nearest and dearest. For some of us, that’s an understatement.

Before you lose your cool and think about attacking your sister with a spatula, take a breath and be grateful for the loved ones around you.

After all, it could be worse. You could be related to one of the following dysfunctional family criminals: 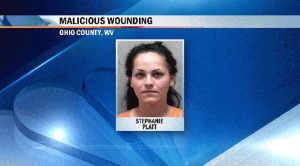 1.) FAMILY UNFRIENDLY CRIME: Woman Arrested For Viciously Attacking Her Sister With A Spatula


WHY YOU SHOULD BE GLAD THIS ISN’T YOUR FAMILY: Stephanie Platt was in the midst of a heated fight with her sister when she attacked her with a grill spatula. Oh, and she also bit her finger. The victim ended up requiring stitches while Platt was arrested and charged with malicious wounding, which is a felony. If you happen to be grilling this holiday season, try to avoid fighting in front of the tongs. You don’t want anyone to get any ideas. 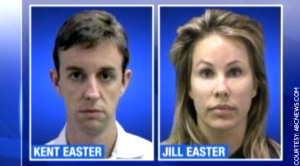 WHY YOU SHOULD BE GLAD THIS ISN’T YOUR FAMILY: No matter how much you hated your childhood rival(s), be happy your parents didn’t try to wipe them out with a revenge plan—especially when the biggest complaint against them was that they were “slow.” In September, Jill and Kent Easter were on retrial for allegedly planting a bag of marijuana, Percocet and Vicodin in the driver’s seat of their rival’s car, which they then reported to police. Last time we checked, parents brought cookies—not drugs—to PTA meetings. 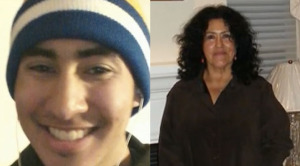 WHY YOU SHOULD BE GLAD THIS ISN’T YOUR FAMILY: No one knows why 20-year-old Joseph Badiali stabbed his mother and left her for dead inside their family home. Nor do they know why the UC Santa Cruz student also killed the family’s three Chihuahuas, who were found in the backyard where they suffered traumatic injuries. The suspect admits to the crime but has yet to reveal motive. Until then, he’s being held without bail at Santa Rita Jail. In other words, hug your parents—and pets—extra tight tonight this Thanksgiving, even if they drive you crazy. 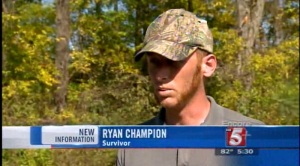 4.) FAMILY UNFRIENDLY CRIME: Man Allegedly Kills Hit Man He Hired To Murder His Family So He Doesn’t Have To Pay Him

WHY YOU SHOULD BE GLAD THIS ISN’T YOUR FAMILY: Not only did Kentucky resident Ryan Champion hire a man to kill his family, but he’s being accused of killing said hitman to avoid paying him for the act. Crazy, right? Local authorities haven’t released a motive for the murders, but a Grand Jury handed down a 5-count felony indictment of Ryan Champion, who is set to be arraigned on Dec. 10. Charges include murder by complicity, kidnapping and murder. 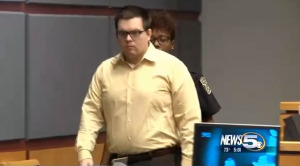 WHY YOU SHOULD BE GLAD THIS ISN’T YOUR FAMILY: It takes a pretty sick mind to poison your own children, but that’s exactly what happened with John DeBlase, who was convicted on three counts of capital murder for feeding his kids anti-freeze, strangling them and then dumping their bodies in the woods. The 31-year-old father allegedly had help from his common-law wife, 22-year-old Heather Leavell-Keaton, who admitted to a cell mate that they first practiced poisoning the family dog to see how long it would take to kill. The jury recommended the death penalty, but a judge will hand down the sentence at a Dec. 11 hearing. Be grateful that you know for sure there will be no anti-freeze in your turkey and stuffing. 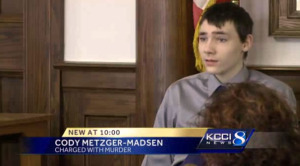 6.) FAMILY UNFRIENDLY CRIME: Teen Says He Killed 5-Year-Old Foster Brother With A Sword Because “He Thought He Was A Goblin”

WHY YOU SHOULD BE GLAD THIS ISN’T YOUR FAMILY: When we first reported this case, 18-year-old Cody Metzker-Madsen was on trial for using a sword and a brick to beat his 5-year-old foster brother. At the time, the teen thought the child was a goblin army leader trying to attack him, which is when he snapped. After Metzker-Madsen took the stand to deliver 40 minutes of disturbing testimony, it became pretty apparent the teen was mentally disturbed and didn’t know what he was doing while he was doing it. For those reasons, he was found not guilty of murder by reason of insanity. However, he will likely face years of psychiatric care. Meaning, no more imagined goblins at his Thanksgiving table.

Next Breaking Video: SkyNews Paints OATHKEEPERS AS Anti- Government Militia, While they attempt to Protect Businesses in #Ferguson