Is artistic expression defensible under the First Amendment if it includes violent musical lyrics that threaten to kill a person? The US Supreme Court will consider this very point in a case to determine the limits of internet free speech.

Anthony Elonis posted on Facebook a number of violent rap lyrics that talked about killing his wife, attacking a kindergarten and committing violence against an FBI agent. He defended himself by saying the posts should not be taken seriously, AP reported. 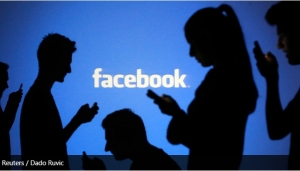 Elonis, who used the online pseudonym ‘Tone Dougie’, was convicted of issuing violent threats and sentenced to four years in federal prison.

The Supreme Court on Monday is set to consider if social media platforms like Facebook and Twitter deserve to have special protection under the First Amendment.

Considering several of the young man’s posts may have some people seriously questioning the limitations of free speech, including this one directed at his estranged wife: “There’s one way to love you but a thousand ways to kill you. I’m not going to rest until your body is a mess, soaked in blood and dying from all the little cuts.”

After his wife got a protective order against him, Elonis posted: “Did you know that it’s illegal for me to say I want to kill my wife?”

After a female FBI agent paid a visit to Elonis to inquire about the postings, the man took to Facebook again to express himself: “Little agent lady stood so close, took all the strength I had not to turn the bitch ghost. Pull my knife, flick my wrist and slit her throat.”


Previous [WATCH] 50 ISIS Militants Annihilated In One Of Deadliest Attacks