St. Louis police are searching for two juveniles who reportedly fled the scene of an overnight homicide where they and two others attacked a motorist with hammers, KTVI-TV reported.

The victim, identified as Zemir Begic, 32, was in his vehicle around 1:15 a.m. Sunday in south St. Louis when several juveniles approached on foot and began striking his car, KTVI said. 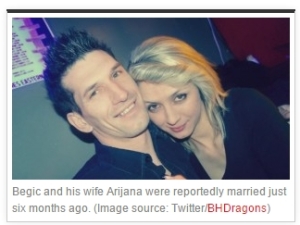 After Begic exited his car, the four suspects yelled at him and hit him with the hammers, the station reported, adding that he was struck on the head, face, mouth and abdomen. He died at a hospital of his injuries, KTVI said.

The juveniles fled the scene, but two were caught and taken into juvenile custody, the station said; no physical description of the two teens in custody was reported. Police are still searching for two others, a 16-year-old black male and a 15-year-old Hispanic, KTVI added.