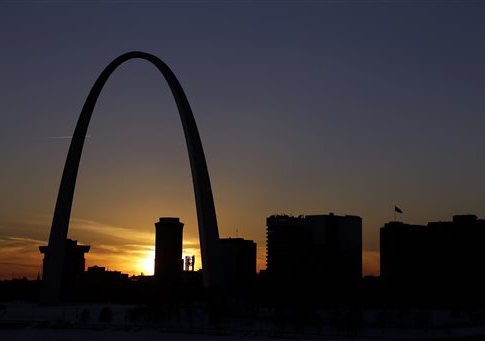 The communist and racist New Black Panther Party plotted to bomb St. Louis’ Gateway Arch and assassinate local law enforcement officials, but the Justice Department so far has limited its prosecution of the group to an indictment of two members on minor gun charges.

The soft treatment for activities that normally would have brought federal terrorism charges appears to be part of efforts by Attorney General Eric Holder and the Justice Department to “go soft” on the racist group, according to former Justice official J. Christian Adams.

“I have always been perplexed why these guys get special treatment,” said Adams, who worked in the Justice Department Civil Rights Division and noted a similar conciliatory legal treatment of New Black Panther Party members in a 2008 case of voter suppression by the group in Philadelphia.

Justice Department spokesman Marc Raimondi declined to comment on the Black Panther bomb plot and would not say whether additional charges in the case are pending.

Adams’ 2011 book, “Injustice: Exposing the Racial Agenda of the Obama Justice Department,” includes a photograph of then presidential candidate Barack Obama marching in Selma, Alabama, with members of the New Black Panther Party in March 2007.

Two members of the Panthers, Brandon Orlando Baldwin and Olajuwon Ali Davis, were indicted Nov. 19 on federal weapons charges in St. Louis. The two-page indictment, however, made no mention of the bombing or assassination plot. It stated that the two men had made false statements to a Cabela’s sporting goods store in seeking to purchase two .45 caliber pistols.

Adams said he viewed the U.S. attorney’s failure to include the pipe bomb charges in the indictment as a significant omission. The use of pipe bombs in a conspiracy or plot normally would result in filing of federal terrorism charges, he said. “Here, once again, you have Justice giving these guys soft treatment,” Adams said in an interview.

Read the full article from: Bill Gertz  here at this LINK

Next [WATCH] Charles Barkley Talks About #Ferguson, Race, and Scumbags Like Al Sharpton