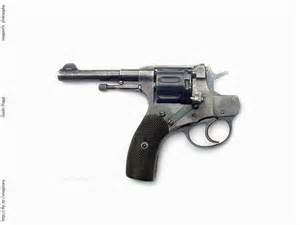 Remember this name – Kristen Gwynne. Ms. Gwynne is a writer (maybe not) for Rolling Stone magazine. Her recent article, “The 5 Most Dangerous Guns in America” is one for the Alfred E. Newman Hall of Fame. Written in the Joe Biden style of drunk frat brother who starts writing his semester term paper two hours before it is due, Kristen’s weed-inspired analytical fantasy describes America’s most dangerous firearms as something they are not. I mean that.

Rolling Stone has never really had what you would call “writers,” but how about an editor? How did this stupid-to-the-point-of-hilarious article make its way to print in such an (cough) esteemed journal as Rolling Stoner? I’m presuming this one slipped through the crack during the period when Rolling Stone’s editor took the week off to get his medical marijuana card renewed.


Ms. Gwynne made many mistakes in this article, but her biggest mistake was putting her name on it.

The 5 most dangerous guns In America, according to Kristen Gwynne and Rolling Stoned:

Among other interesting and useful tidbits of information you will find in Kristen’s article (linked below):

1. According to Ms. Gwynne the class of guns known as “revolvers” includes “grenade launchers, shotguns, and rifles.” Good to know!

2. I spent half an hour trying to make sense of this sentence, but got a headache and gave up: “Rifles were created to improve the accuracy of smoothbore muskets, for which the musket ball was often an bad fit due to manufacturing complications.” I also appreciate Rolling Stone pointing out that rifles are so versatile that they are included in two classes of “guns” – “Rifles” and “Revolvers.” (See 1., above)

I believe Ms. Gwynne has given new meaning to the term “high-capacity magazine,” which is clearly the category of magazine to which Rolling Stone belongs, lending further credence to the argument that stoned writers are unable to proofread.

Not to be outdone, Powdered Wig Society has conducted exhaustive research, compiling its own Top 5 Dangerous Guns list….

The 5 most dangerous guns in America, according to Powdered Wig Society:

Other recent Top 5 lists by Powdered Wig include….

3. Car with no brakes traveling down steep mountains

4. Soccer Mom Volvo with seven screaming kids in the back

5. Any car being driven by a Rolling Stone writer

Top 5 places you can be a total moron and get paid:

1. Chihuahua with a Napoleon complex

4. Rottweiler when you are too close to his rawhide bone

Next [WATCH] The Craziest Black Friday Moments of 2014