American teachers in Abu Dhabi were warned that jihadis were threatening to kill them just weeks before a 47-year-old was stabbed to death in a mall by a burqa-wearing murderer, it emerged today.

Every American in the United Arab Emirates was warned today step up their security today after the kindergarten teacher was stabbed to death by a knife-wielding murderer in a burqa.

Ibolya Ryan, a mother of twin 11-year-old boys, was left dying in a pool of blood by the murderer after what police said was a ‘brawl’ in the toilets of a mall.

Detectives today released CCTV footage which showed how the suspect – whose gender they say they have not confirmed –  lay in wait for the teacher for an hour.

It suggests strongly the attack was a targeted murder.  Witnesses today told MailOnline the victim had been stabbed up to six times.

The victim was named by CNN as Ibolya Ryan, 47, a US-trained teacher who was described in an online profile as Hungarian-born and raised in Romania. She trained as a teacher in the United States. 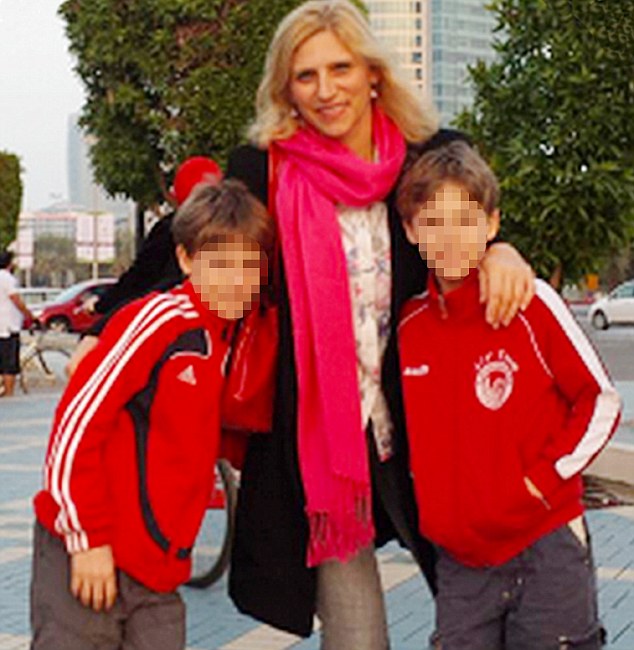 Mom: Ibolya Ryan, 47, named as the victim by CNN, was the mother of 11-year-old twin boys. She was previously married to Paul Ryan, and the couple had lived in Denver, Colorado 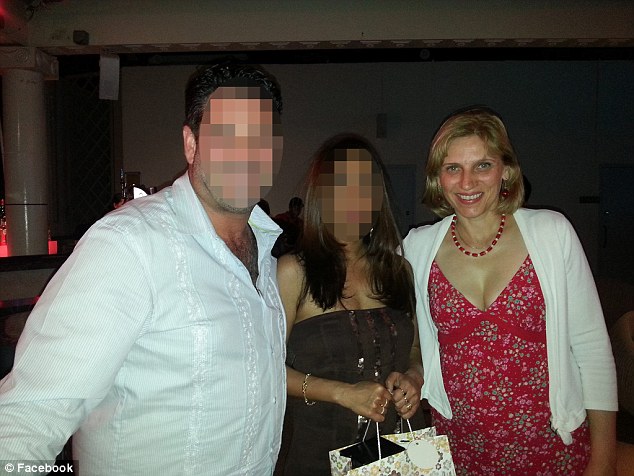 Victim; Ibolya Ryan was named by CNN as the victim. She describes herself online as a Hungarian who was born and raised in Romania but trained as a teacher in the USA. 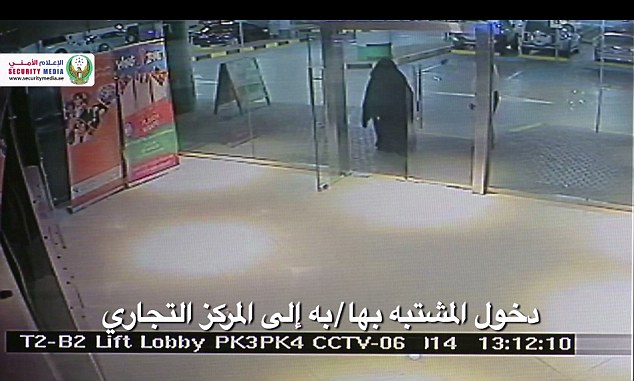 On way: The suspect enters the mall at 1.13pm local time and is captured as they come in from the car park

CCTV of attacker who stabbed American mother in Abu Dhabi 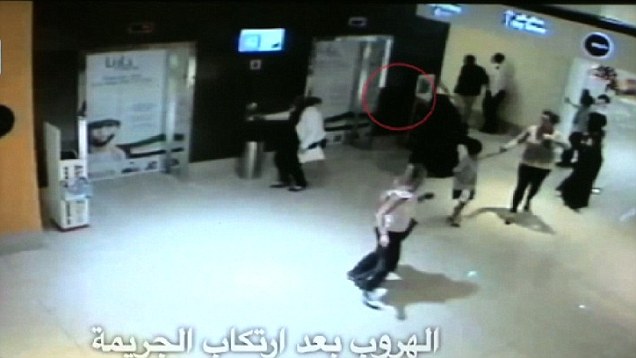 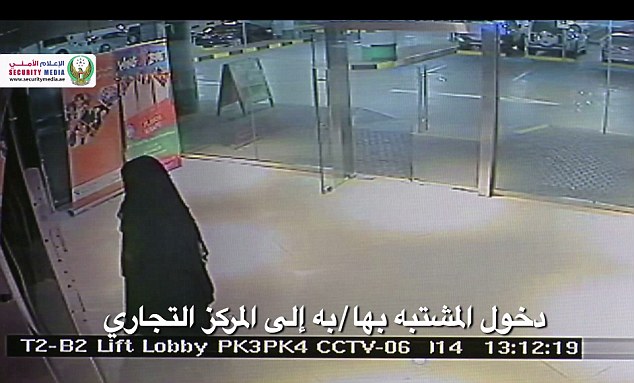 Waiting: The suspect waits briefly for the elevator to the main  mall level of the shopping complex 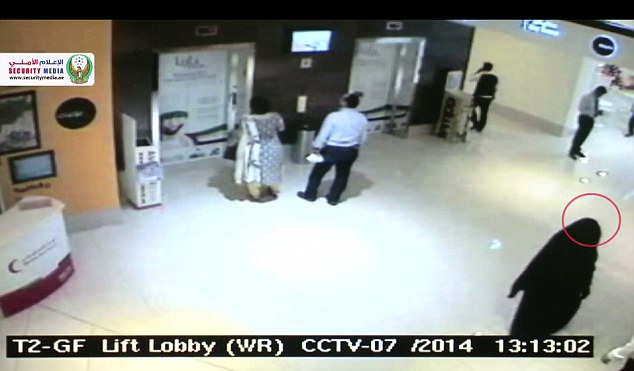 Asking directions? The suspect approaches a security guard after getting out of the elevator 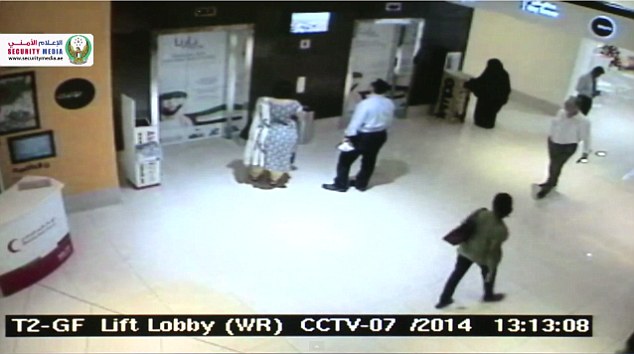 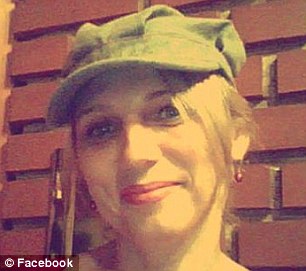 Victim: Ibolya Ryan was named as the dead woman. She previously lived in Denver, Colorado, with her ex-husband Paul Ryan, 48

The 47-year-old murder victim, the mother of twin 11-year-old boys, was left in a pool of blood in the toilets of the upmarket Bourik Mall.

As security guards rushed to the scene of the killing, her attacker calmly got in an elevator and walked out into the car park.

The assailant – who police believe could be a man wearing a burqa – left behind the weapon, a large kitchen knife.

The victim – who is divorced from the father of the twins – described herself in an online profile as a teacher at a large kindergarten called Al Oula in Abu Dhabi, 35 minutes away from the downtown area of the emirate.

She wrote: ‘I enjoy learning about other cultures, and as a person I enjoy being with others and tend to be an organizer of those around me.

‘Also I have high interest in other languages; one of my goals while here in the UAE is to gain some proficiency in Arabic.

‘I live in Abu Dhabi with my 10-year-old twin boys and I teach in a big KG school named Al Oula KG School, 35 minutes away from downtown Abu Dhabi.’

Officers are still trying to determine the reasons for the attack and the identity of the suspect, who fled the scene wearing an abaya, black gloves and the face-covering veil known as a niqab.

The victim’s ex-husband was said to be overseas but was flying back to comfort his sons, who are 11. Police had reported her age initially as 37.

Mrs Ryan, whose maiden name is Balaszi, had previously lived in Denver, Colorado, where she worked as a special educational needs teacher and took a course in teaching English as a foreign language.

She has also worked as an executive assistant at a Colorado technology company, an event planner at a Hungarian hotel, a substitute teacher at the American International School in Vienna, and a part-time events planner in Abu Dhabi.

Mrs Ryan lived in a beachside apartment on Reem Island, where the mall where she was murdered is situated. Her ex-husband, Paul, 48, is believed to currently live in Europe.

Today America’s embassy in Abu Dhabi, the capital of the United Arab Emirates, issued new security advice to US citizens.

In a statement, the embassy said: ‘On December 1, a U.S. citizen was killed in a public restroom at a shopping mall on Reem Island in Abu Dhabi. The U.S. Embassy is working with all the appropriate authorities to seek further information.’

It listed extra precautions for US citizens, saying they should avoid crowds and places they did not know previously, and ‘minimize their profile in public’.

Warning: What teachers in Abu Dhabi were told a month ago by the US Embassy to the United Arab Emirates. It said jihadi websites wanted American teachers to be attacked. 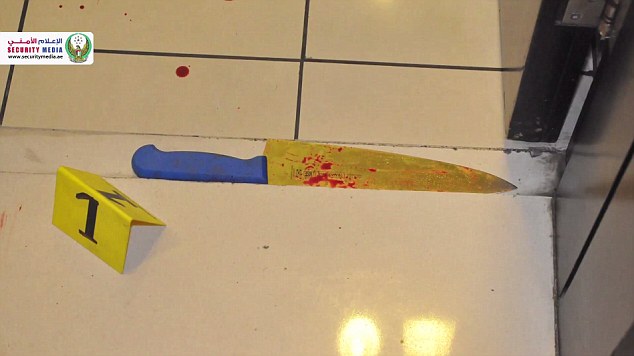 Horror: The murder weapon was found near the woman’s body where it had been abandoned by her killer 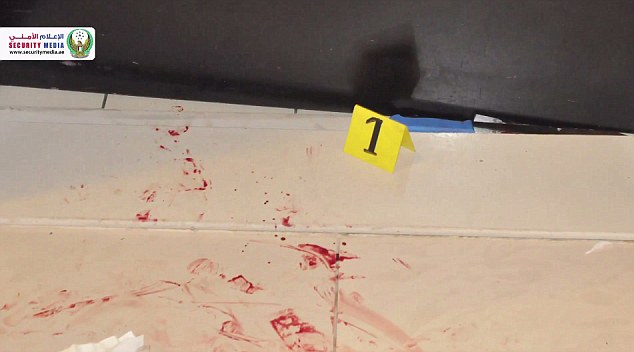 Find: The CCTV footage shows how the knife was found directly under a door in the toilets 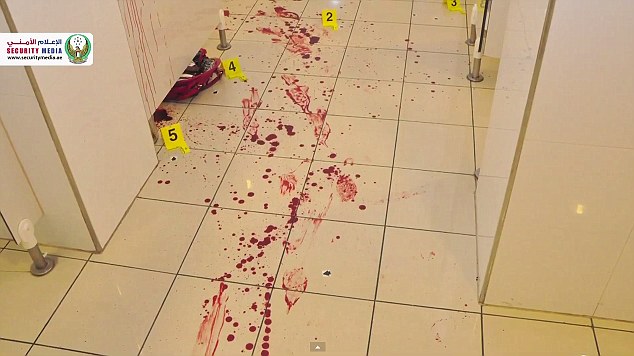 Trail of blood: The crime scene was covered in the victim’s blood in images revealed by police in Abu Dhabi 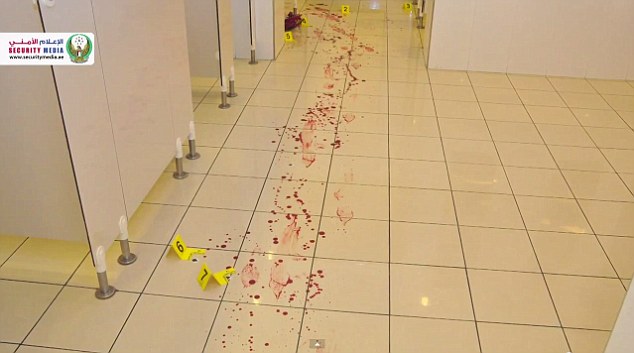 Frenzy: The scene of crime shows the bloody horror in which the American mom died 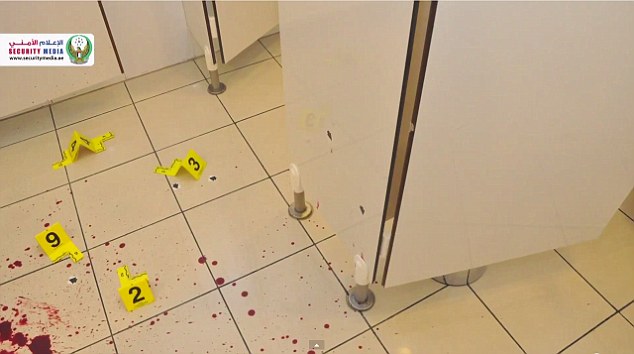 Forensic investigation: The aftermath of the attack as police investigate what happened in the toilets