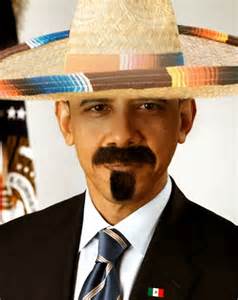 House Republicans voted Thursday to block President Obama’s immigration executive actions, though it was unclear whether the largely symbolic step would be enough to prevent a risky budget stand-off next week.

The House voted 219-197 for the bill, by Rep. Ted Yoho, R-Fla., that declares Obama’s actions “null and void and without legal effect.”

The legislation is part of a three-step plan by House GOP leaders to both address Obama’s immigration maneuvers and approve a new spending bill to avert a partial government shutdown. Next week, the chamber is set to vote on a bill funding most of the government through fiscal 2015, and the Department of Homeland Security through early next year. That would tee up a new fight over funding for Obama’s immigration policies when Republicans control both chambers.

However, many conservative lawmakers want to wage that battle now, and use the looming Dec. 11 deadline — when current government funding expires — as leverage to defund the immigration plan.


They worry Yoho’s legislation is an ineffective tool for doing that, as the stand-alone bill approved Thursday stands little chance of passing the Senate. The White House also has issued a veto threat, calling the bill “non-sensical.”

“I’m not happy,” Rep. Mick Mulvaney, R-S.C., said. He said he’s concerned that if Republicans don’t fight the immigration policy now, it could send the wrong signal ahead of the new Congress.

Previous Sympathetic public gives woman $115K for her kids. She blows it all on rap, designer clothes