The world is changing and becoming even more dangerous — in a way we’ve seen before.

In the decade before World War I, the near-hundred-year European peace that had followed the fall of Napoleon was taken for granted. Yet it abruptly imploded in 1914. Prior little wars in the Balkans had seemed to predict a much larger one on the horizon — and were ignored. 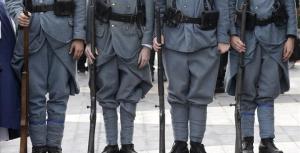 The exhausted Austro-Hungarian and Ottoman empires were spent forces unable to control nationalist movements in their provinces. The British Empire was fading. Imperial Germany was rising. Czarist Russia was beset with revolutionary rebellion. As power shifted, decline for some nations seemed like opportunity for others.

The same was true in 1939. The tragedy of the Versailles Treaty of 1919 was not that it had been too harsh. In fact, it was far milder than the terms Germany had imposed on a defeated Russia in 1918 or the requirements it had planned for France in 1914.

Instead, Versailles combined the worst of both worlds: harsh language without any means of enforcement.

The subsequent appeasement of Britain and France, the isolationism of the United States, and the collaboration of the Soviet Union with Nazi Germany green-lighted Hitler’s aggression — and another world war.

We are entering a similarly dangerous interlude. Collapsing oil prices — a good thing for most of the world — will make troublemakers like oil-exporting Iran and Russia take even more risks.

Terrorist groups such as the Islamic State feel that conventional military power has no effect on their agendas. The West is seen as a tired culture of Black Friday shoppers and maxed-out credit card holders.