When the North Dakota state Legislature reconvenes in January, lawmakers will consider a bill that would require students to pass a U.S. Citizenship test before they’re allowed to graduate.

The 100-question exam is the same one that immigrants must pass when applying for U.S. citizenship. In order to become a citizen, applicants must correctly answer at least six of 10 questions, pulled at random, from the collection. 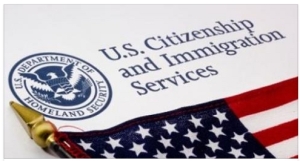 The Associated Press reports the state’s first lady, Betsy Dalrymple, joined a group of educators and lawmakers at a Monday news conference to unveil proposed legislation that would require students to pass a 100-question civics exam in order to receive a diploma.

“Ninety percent of new Americans pass it on their first try,” first lady Betsy Dalrymple said, adding that some studies have shown that many students don’t know that George Washington was the first U.S. president. “The goal is to know basic facts about our Republic.”

So far the initiative has been proposed in South Dakota, Arizona, Louisiana, Missouri, New Mexico, Oklahoma and Utah.

In Missouri, the nonprofit organization Civics Education Initiative unveiled plans in September to use the test for the state’s students.

“When our citizens don’t understand basic American civics, they’re not likely to vote or take part in policy decision,” Sam Stone, the group’s campaign manager, said at the time, according to Ozarks First.

Stone was representing the Joe Foss Institute on Monday in North Dakota, pushing the proposal in that state.

“We want this test to be a first step in the rebirth of civics education,” Stone said, asserting more students could identify Lady Gaga than a justice on the U.S. Supreme Court.

“The more young people know, the more they vote, engage in government and take responsibility about their future,” he added.

Stone stated that his goal is to see similar laws implemented across the nation, in each state, by the year 2017.


Previous [VIDEO] HILLARY CLINTON: 'America Should Empathize With Its Enemies'