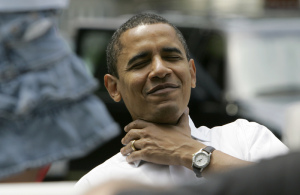 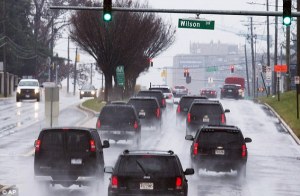 President Barack Obama’s persistent sore throat – which saw him whisked to a military hospital by motorcade for a CAT scan on Saturday – was caused by acid reflux, the White House has said.

Obama, 53, reportedly underwent a fiber optic exam by an ear, nose and throat specialist at the Washington residence on Saturday morning after complaining of a sore throat for two weeks.

He was then driven via motorcade to Walter Reed National Military Medical Center in Bethesda, Maryland, where a CAT scan was performed. The results came back normal, it is said.

Now, Obama’s physician Dr Ronny Jackson, director of the White House Medical Unit, has revealed that the exams’ combined results show that the president is suffering from acid reflux.

‘The president’s symptoms are consistent with soft tissue inflammation related to acid reflux and will be treated accordingly,’ Mr Jackson said, without elaborating on subsequent treatment.

Acid reflux is caused when the muscle fibers in the lower esophagus do not close properly, causing the contents of the stomach to flow back up the esophagus. This often leads to severe heartburn.


Previous Pearl Harbor. Lest we should forget.