The hacktivist collective Anonymous has called for a nationwide ‘march of millions’ next Saturday to demand justice for Michael Brown, Eric Garner, and other African Americans who have died as a result of police violence.

The ‘Day of Anger’ event, carried under the burgeoning #Blacklivesmatter social movement, is set to take place on December 13. Although tentatively scheduled to kick off in New York City, the hacktivists call for protests all across the nation. 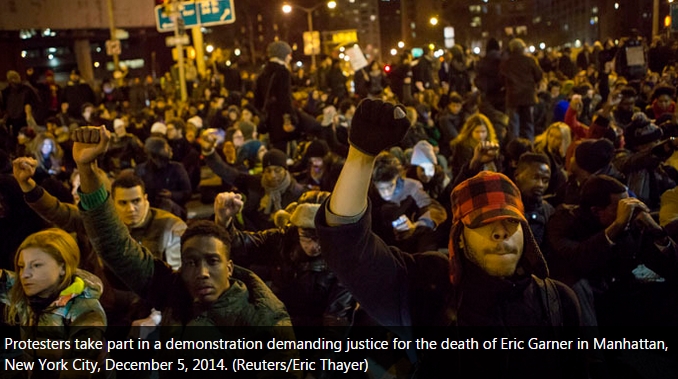 “We must not only show our power, but show that there is still hope for humanity, we must show the world these deaths are not in vain,” the group said in a Facebook post.

Protests have broken out across the country after a grand jury decision that acquitted a white New York City police officer of any wrongdoing in the death of Eric Garner, a 43-year-old black Staten Island resident, on July 17.


It seems that black lives only matter when those lives are taken by someone who isn’t black.

The inner city neighborhoods are plagued with black-on-black crime every day. Where are the Al Sharpton’s, Jesse Jackson’s, and other race pimps protesting and raising awareness about it?

Previous Any government that opposes a citizenry with guns has evil plans. It is that simple!