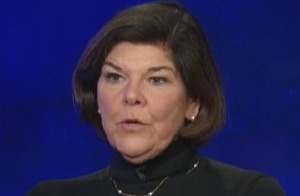 Former ABC News reporter Ann Compton recently revealed on C-SPAN that she heard President Obama go on a profane tirade against the press twice in the past year. Compton explained that the president went on a “profanity-laced tirade, where he thought the press was making too much of scandals that he didn’t think were scandals.” And there was another time, she recalls, when he scolded the media “for not understanding the limits he has with foreign policy.”

She said that Obama is willing to face off with the press and “just give us hell.” Compton was very critical of the current White House for cutting off press access.

Next [WATCH] SHOCKING: Arizona Pastor Predicts ‘AIDS-Free Christmas’ If All Gays Are Killed