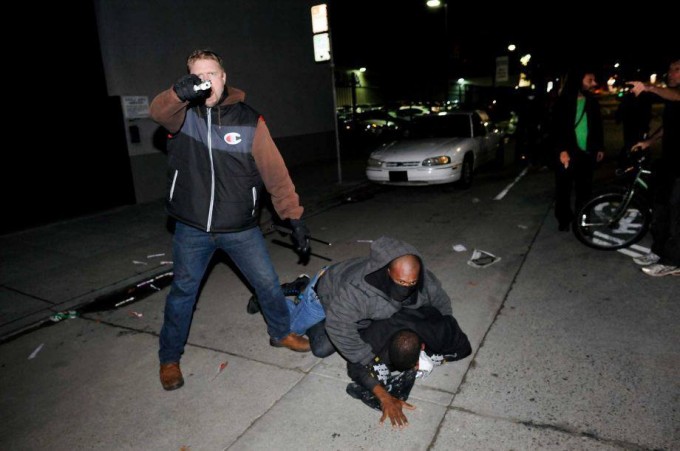 Demonstrations around the country continue in response to recent high-profile police killings of unarmed black men and boys. During protests in Berkeley and Oakland last night, two participants were identified as undercover police by the crowd. After the officers posing as protesters were outed by actual protesters, one of the undercover cops drew a weapon. Both officers then began to arrest protesters.

In the photo above, one of the infiltrators/undercovers aims his loaded gun directly at Reuters photographer Noah Berger. 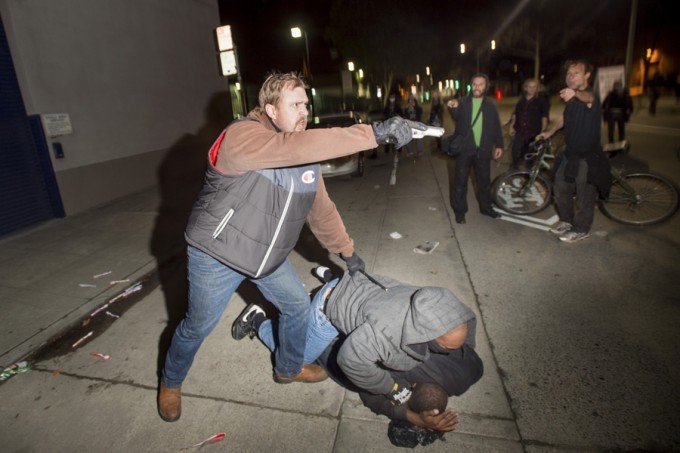 Freelance reporter Courtney Harrop has Storified a series of eyewitness posts from protesters and journalists who witnessed the undercover agent’s activity, which reportedly included encouraging protesters to loot and commit other crimes, before the agents were outed.


Two officers, both dressed as civilians and wearing bandanas over their faces, were walking with the group when the demonstrators started pointing at them yelling, “Hey, they’re undercover, they’re cops!”

Oakland police Lt. Chris Bolton wrote on Twitter Thursday morning that the officer was not an Oakland police officer. Bolton said Oakland police were the first to respond to the scene on a report from another agency.

Bolton wrote, “That outside agency has been notified to provide details and address concerns” regarding the officers’ behavior at the protest.

One Berkeley resident, Dylan, who declined to give his last name, said he pulled off the officer’s bandana.

The two policemen started to walk away, but the protesters persisted, screaming at the two undercover cops. One of the officers pushed a protester aside. The man responded by pushing back and then the officer tackled him to the ground, handcuffing him.

The crowd, incensed, began to gather around them. The second officer pulled out his gun and pointed it at the crowd. More officers quickly arrived and dispersed the crowd.

Below, more images captured by Noah Berger for Reuters from this protest. By various estimates, some 250 to 300 demonstrators marched in Berkeley and Oakland last night. Under cloudy skies, turnout was smaller than earlier in the week, when some participants threw rocks at police, and demonstrators shut down a major freeway. 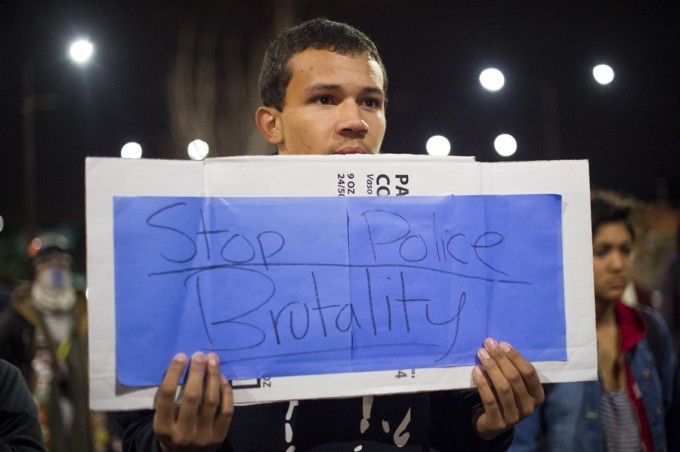 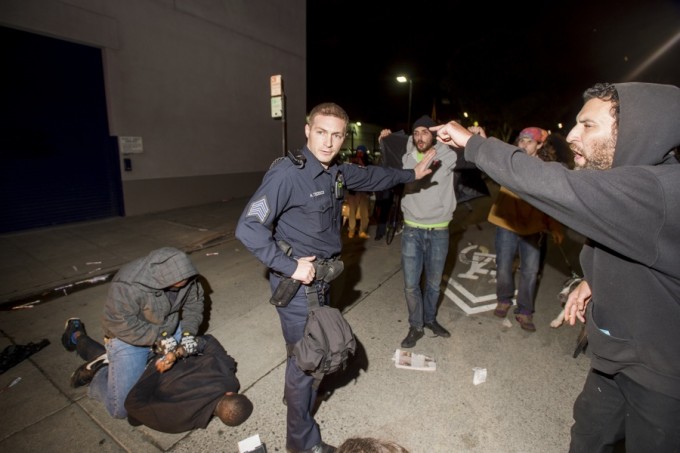 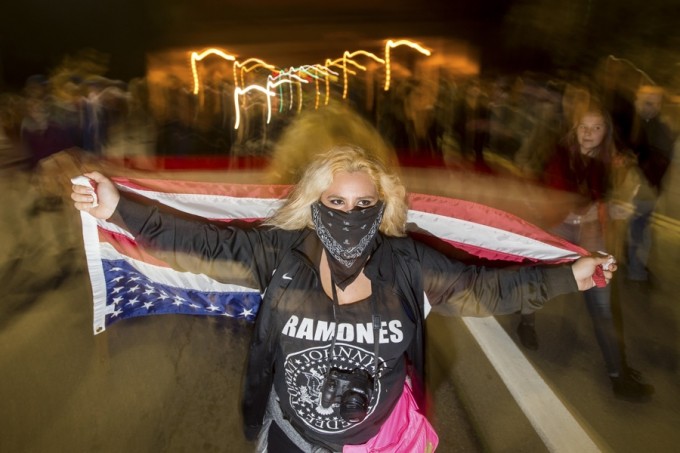 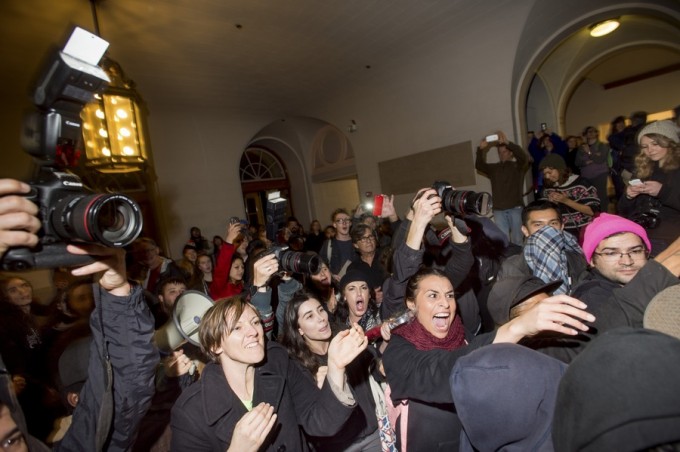 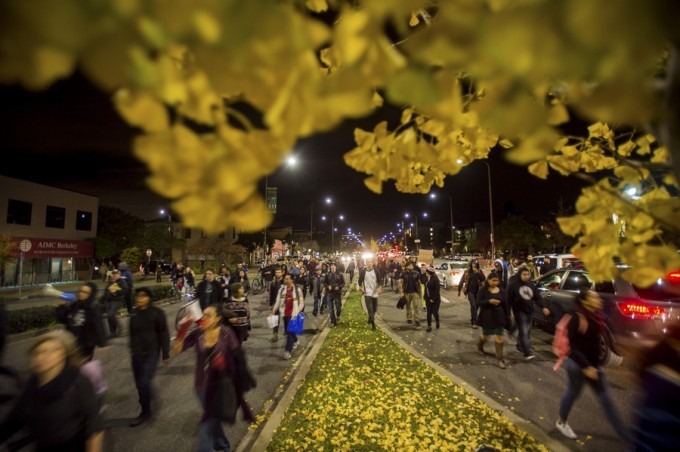 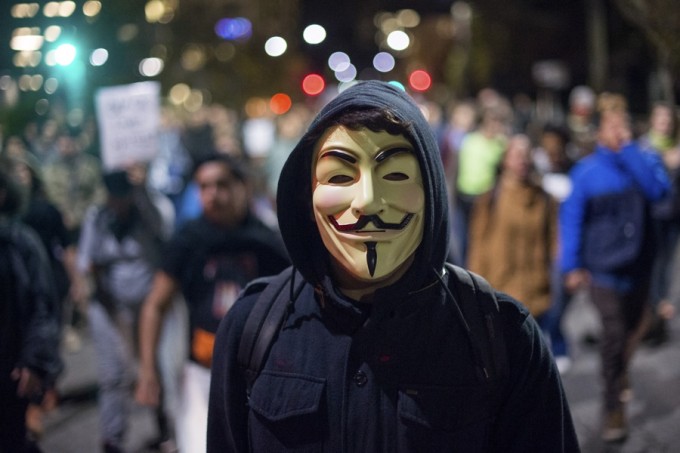 See Boing Boing for the rest of the story


Previous Sony Executives Mock Obama In Leaked Emails: ‘Should I Ask Him If He Liked DJANGO?’