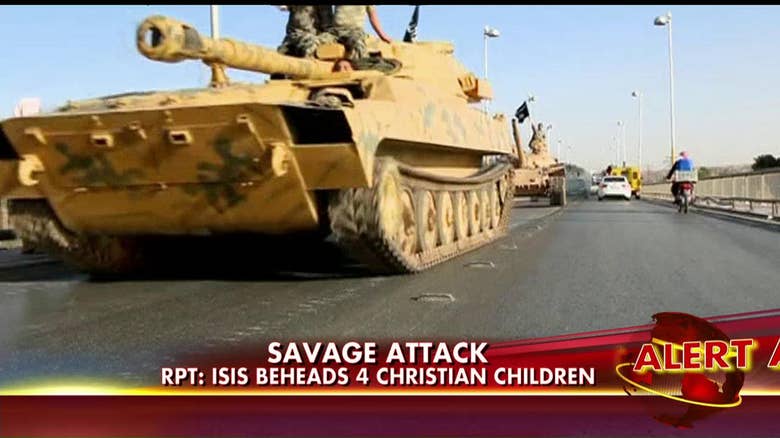 ISIS has beheaded four Christian children in Iraq, according to a source.

All four of the beheaded children were reportedly under the age of 15.

The Vicar of Baghdad, Canon Andrew White, said it happened because the children would not renounce Jesus and their faith.

Canon Andrew White, known as the “Vicar of Baghdad,” fled Iraq in October for Israel and recounted how brutal the country has become for Christians.

“ISIS turned up and said to the children, ‘You say the words that you will follow Mohammed,’ ” White said in video posted on the Christian Broadcasting Network Web site.

“The children, all under 15, four of them, they said, ‘No, we love Yeshua [Jesus], we have always loved Yeshua.’

“They chopped all their heads off.

“How do you respond to that? You just cry.”


Previous Arby’s Screwed Up & Didn’t Run an Ad Featuring Pepsi. So They Ran One of the Funniest Apologies Ever.