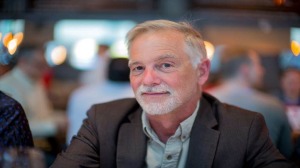 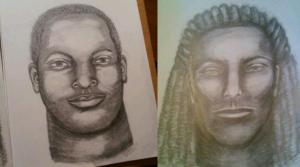 A prominent writer for the Southern Poverty Law Center was gunned down by two black males while hiking in Oakland, reports NBC Bay Area News:

A man who was fatally shot at a park in the Oakland hills on Tuesday afternoon has been identified as David Ruenzel of Oakland, East Bay Regional Park District police said Wednesday.

. . . They said they are investigating robbery as a possible motive for the crime.

Ruenzel’s son in a statement said his dad was a loving father, grandfather and best friend. He also described Ruenzel as a brilliant writer and educator who touched the lives of many.

. . . Police said one of the suspects is described as a man who is black or possibly of mixed race and in his late 20s or early 30s with dreadlocks, a medium complexion, high cheek bones, a narrow face, a thin build and was wearing dark clothing.

Police said the other suspect is described as a black man who is 6 feet tall, weighs about 240 pounds, is clean shaven with short hair and was wearing dark clothes and a black backpack. Witnesses described the man as being out of shape and “overly friendly,” police said.

Why did he have his life taken away from him? The suspected reason is robbery.

The tragic irony of his murder is that according to Colin Flaherty over atAmerican Thinker, David Ruenzel had made a living using the notion of white privilege to excuse any and all black crime:

As a writer for the Southern Poverty Law Center, one of this favorite topics was rooting out racism. And how white racism is permanent. White racism is everywhere. And white racism explains everything.

This mantra of the Critical Race Theory and the Southern Poverty Law Center applied to all white people because, even if they were not personally cracking the whips, or breaking the skulls, white people benefitted from a racist system that did all that — and a lot more.

Next Creed frontman Scott Stapp is out to kill Obama. So warns his family to police