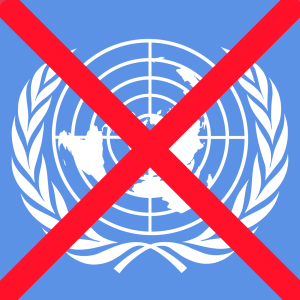 A U.N. human rights expert said a report that the U.S. Senate released on Tuesday revealed a “clear policy orchestrated at a high level within the Bush administration” and called for prosecution of U.S. officials who ordered crimes, including torture, against detainees.

Ben Emmerson, United Nations special rapporteur on human rights and counter-terrorism, said senior Bush administration officials who planned and authorized crimes must be prosecuted, along with as CIA and other U.S. government officials who committed torture such as waterboarding.

“As a matter of international law, the U.S. is legally obliged to bring those responsible to justice,” Emmerson said in a statement issued in Geneva. “The U.S. Attorney General is under a legal duty to bring criminal charges against those responsible.”

The CIA routinely misled the White House and Congress over its harsh interrogation program for terrorism suspects, and its methods, which included waterboarding, were more brutal than the agency acknowledged, a Senate report said on Tuesday.


Emmerson, a British international lawyer serving in the independent post since 2010, welcomed the belated release of the report, commending the Obama administration “for resisting domestic pressure to suppress these important findings”.

“It is now time to take action. The individuals responsible for the criminal conspiracy revealed in today’s report must be brought to justice, and must face criminal penalties commensurate with the gravity of their crimes,” he said.


Previous VIDEO: If you thought the Benghazi investigation was over, then you don't know Trey Gowdy